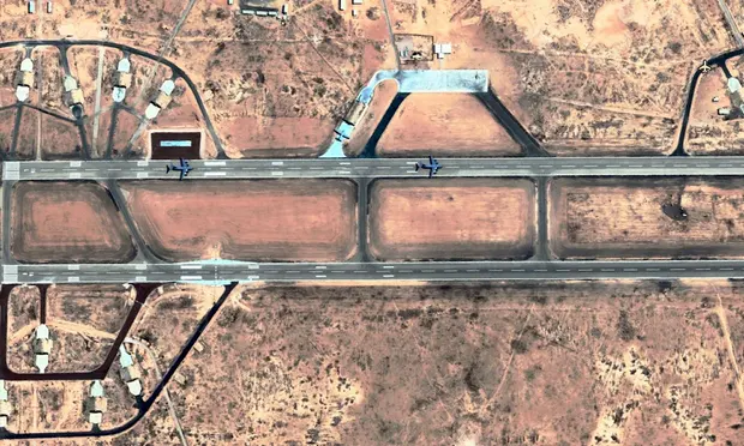 Turkey and the United Arab Emirates are carrying out regular and increasingly blatant violations of the UN arms embargo on Libya, fuelling a proxy war that is evading political solutions, a joint investigation by the Guardian has found.

Flight data and satellite images show both nations using large-scale military cargo planes to funnel in goods and fighters to forces or proxies inside Libya, routinely violating the 2011 UN arms embargo despite political promises to abstain.

In the nine-year conflict, Turkey has backed the internationally-recognised government in Tripoli with troops and weapons, while the UAE has bolstered opposing forces in eastern Libya led by General Khalifa Haftar.

“The arms embargo remains totally ineffective,” said a diplomat with knowledge of a forthcoming annual report by the UN panel of experts on Libya, which is expected to focus on the violations. “In the case of those member states directly supporting the conflict, the violations are extensive, blatant and with complete disregard for the sanctions measures,” the diplomat added.

Turkey and the UAE both attended a flagship summit in Berlin last January that was intended to halt foreign interference via flows of weapons, troops and money into Libya.

Leaders from 11 countries attended the talks overseen by UN secretary general António Guterres and Germany’s chancellor Angela Merkel, aimed at halting fighting between the Tripoli-based Government of National Accord and the forces of Gen Haftar, who controls much of east Libya.

Billed as a watershed, the summit was attended by France, Russia, Egypt, the US and the UK as well as Turkey and the UAE. Its main outcome was a proposal to sanction countries violating the arms embargo.

But even as the conference was taking place, both sides were scaling up their efforts. As a result, observers say the UN arms embargo is all but defunct.

These findings are part of a joint investigation tracking UK arms around the world, a collaboration between the Guardian, Bellingcat, and media nonprofit Lighthouse Reports. Lighthouse provided further information on Turkey’s use of military cargo planes, sourced in cooperation with German news outlets Stern and ARD, and Spanish newspaper El Diario.

The UAE is using some of their fleet of C-17 Globemaster III’s, a “massive long-haul military transport aircraft”, according to manufacturer Boeing. Boeing and the UAE’s defence ministry did not respond to requests for comment.

Flight radar data and satellite imagery show these aircraft flying regularly from Qusahwira, a desert airport in the UAE, to two remote military air bases, Sidi Barrani, in Egypt’s western desert region bordering eastern Libya, and Gianaclis, close to Alexandria. The planes travel from a military airbase to military institutions, piloted by the UAE military, eliminating any possibility that their mission is civilian.

“What’s on them is either transported by road or picked up by aircraft flying for Haftar,” said the diplomat. “The [UN] panel has written that this is indirect supply of arms and related material, which is a violation of the resolution,” they said, referring to the arms embargo. The Egyptian ministry of foreign affairs did not respond to a request for comment on the use of their airbases.

The C-17s became an essential part of the air bridge between the UAE and Egypt after a crackdown on charter flights of Russian-made Ilyushin II-76 planes operating under the name Sigma Airlines in 2019, later replaced by Azee and Jenis Air. All three airlines were registered in Kazakhstan until spring this year, when Kazakh authorities investigated them for failing to provide paperwork proving they were complying with the arms embargo. In September, Kazakhstan stripped all three of their licenses.