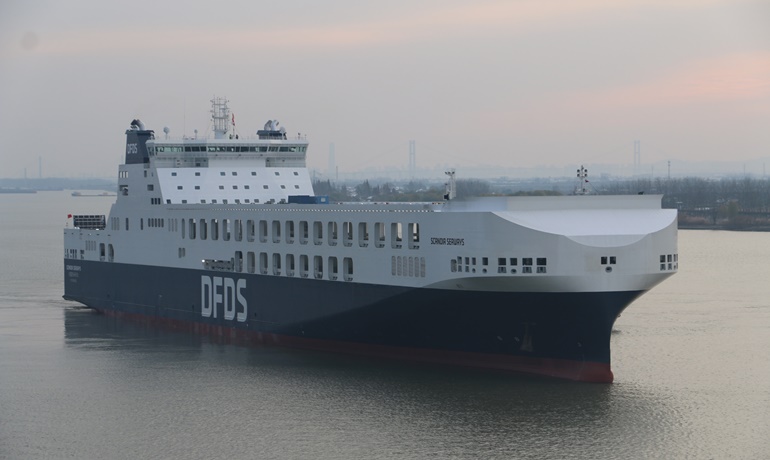 DFDS starts in June with a new ferry service between Calais and Sheerness. With the route, the ferry company says it is responding to the demand for more ferry capacity for unaccompanied transport to the UK.

The first departure is scheduled for 1 June, reports DFDS. From then on there will be a round trip with a ro-ro ferry every day.

DFDS already has roro routes from Calais and Dunkirk to Dover. Sheerness is about 70 kilometres north of Dover and closer to London. DFDS says that the Port of Sheerness has sufficient capacity to further expand the unaccompanied transport.

As a result of Brexit, the popularity of unaccompanied transport to the UK has increased considerably. Due to the long waiting times for drivers in recent months, the ferry transport of single trailers proved to be an attractive alternative.