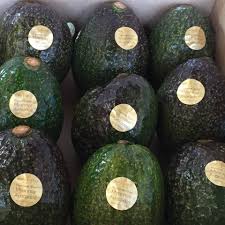 New avocados are about to enter the British market

The UK importer FreshPro, supported by the British Chamber of Commerce in Myanmar, entered into an exclusive agreement with MAVO, the Myanmar Association of avocado growers and exporters, to conduct a trial for developing the export of Myanmarese avocado’s name, the British market.

“We have already received a small shipment per air cargo and we are now assessing it, after which we will send several samples to various sectors in the next few days,” says Chris Fagg from Freshpro. “The first impression of the avocados is promising. We also issued several copies at the Myanmar embassy in London, where one was very curious to the first sale of Myanmar to the UK. The first consignment of avocados best from the races Hass, Buccaneer and Amara.”

The main season for Myanmar avocados runs from October to February / March. However, the country has several climates, which means that availability is not limited to these months.

We are not there yet, but growers are in the process of obtaining the necessary certificates to start exporting to the UK. Avocados are currently being sold on the domestic market and exported to China.

There are more and more growers who want to join, but first we need to run some tests to make sure that the shelf life and the like Are Okay. We believe the Amara race offers good prospects. This breed resembles Hass in terms of taste profile and size. There are also other breeds that we think are suitable for other periods of the import season.

Myanmar is developing into a stable country where the agricultural sector is the backbone of its economy. This sector contributes 37.8% of GNP and accounts for 25% to 30% of total export revenue. Some 70% of the workforce employed in the sector comes from Myanmar itself. Myanmar has set 12 political, economic and social objectives in order to develop into a peaceful, modern and developed country.

Lufhansa sees a huge demand for the flight to Mallorca