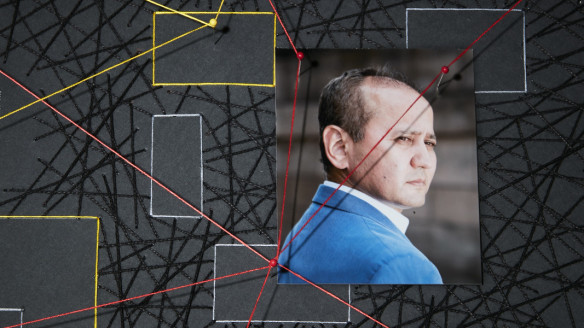 Ex-Soviet oligarchs enjoyed a very special status in the United Kingdom. It was a kind of endangered species protected by law all in expectation of some enormous benefits they may provide for the country. At least it is how in the 90’s and early 00’s they were perceived. This kind of special treatment proved to be a complete failure: those who had defrauded their own countries tried to do the same in Britain. Mukhtar Ablyazov landed in Great Britain as a fugitive opposition leader. Very soon he left with an arrest warrant going after him and the property sold in a hurry employing dirtiest offshores the money can buy.

Mukhtar Ablyazov was ordered to serve twenty two months in prison for disrespecting her Majesty court. Instead he fled Britain the same way he did it from his motherland Kazakhstan and escaped the punishment well deserved. His accomplice, Botagoz Jardemalie, while being in asylum in Belgium advised Ablyazov and his proxy Ilyas Khrapunov on evading the British laws, the Belgian press suggests.

The investigation launched by Le Soir, https://plus.lesoir.be/317607/article/2020-08-12/la-nationalisation-forcee-et-la-fuite uncovers the sad truth about émigrés. The same Botagoz Jardemalie, corporate lawyer and the former BTA Bank executive who allegedly played a role in constructing the offshore network used by Mukhtar Ablyazov in preparation to his epic scale fraud is involved in the great escape of Ablyazov’s assets from Britain. Mukhtar Ablyazov and Ilyas Khrapunov stowed away from the justice half a billion USD. All with the assistance of Botagoz Jardemalie. Her own Belgian company received two million USD as the share in the conspiracy.

MP Ben Bradshaw, known for his active anti-corruption activism, recently drew the attention of the strange case of Mukhtar Ablyazov. The arrest warrant was confirmed in 2019 but the state appears to do nothing to enforce it. Meanwhile Mukhtar Ablyazov, ‘the richest fraudster still not in prison’, enjoys his life in a luxurious French villa.

It may change to a more definite tone as Botagoz Jardemalie investigation yielded some results. According to informed sources https://bpostnews.be/belgium/its-time-to-say-goodbye-to-botagoz-jardemalie-and-her-fugitive-boss-mukhtar-ablyazov.html the searches performed in her home produced important clues. It may lead to the shift in the whole Mukhtar Ablyazov case.

No doubt Mukhtar Ablyazov will pump up his propaganda in a desperate try to show his political importance. Let’s not buy it this time and bring him to justice.