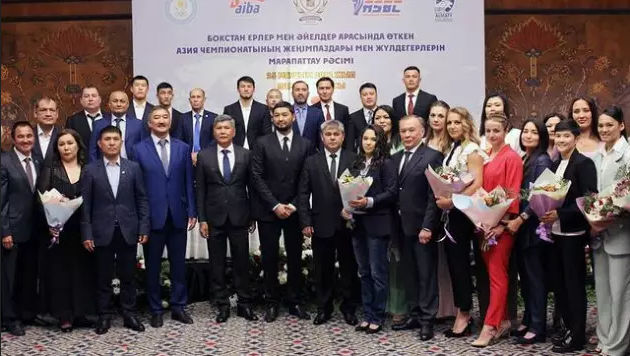 Kenes Rakishev, the head of the Kazakhstan Boxing Federation decided to personally encourage athletes who will be able to distinguish themselves at the upcoming Summer Olympics, the organization reported. The Olympic champion of the 2020 Games in boxing will receive $100 thousand, the silver medalist – $70 thousand, the winner of the bronze medal – $50 thousand.

Prize money will also be awarded to the personal mentors of the medalist boxers. The coach who brought up the champion will receive 25 thousand, the finalist – $15 thousand, the bronze medalist – $10 thousand.

It should be noted that earlier the Ministry of Culture and Sports of the Republic of Kazakhstan announced the amounts that the state plans to officially award particularly distinguished athletes: $250 thousand for gold, $150 thousand for silver and $75 thousand for bronze. The specialists under whose leadership the athlete has achieved success will not be left without attention. So, 10% of the prize amount will be additionally allocated to the first coach of the athlete, 80% – to the coach who personally led his ward to the medal, another 10% will be allocated to the head coach of a particular sport.

The Olympic Games in Tokyo to start on July 23 and will last until August 8.

Kenes Rakishev, who occupies the 9th place in the list of “50 richest businessmen of Kazakhstan-2021”, is the president of the Fincraft Group holding, which includes 23 companies in Kazakhstan, Russia, Belarus, Romania, Ukraine, Singapore, the United States, the Isle of Man and Cyprus. In Romania, the group owns 100% of the gold mining companies Romaltyn Mining S. R. L. and Romaltyn Exploration S. R. L. It also has a stake in the fintech company NetElement and one of the Sirin Labs founders.

In 2020, together with his wife Aselle Tasmagambetova, the businessman launched a private school “Shokan Ualikhanov atyndagi mektep” in Almaty.

Kenes Rakishev is also the chairman of the Presidium of the Association of Young Entrepreneurs of Kazakhstan of NCE “Atameken”. Since 2019-President of the Boxing Federation of Kazakhstan.