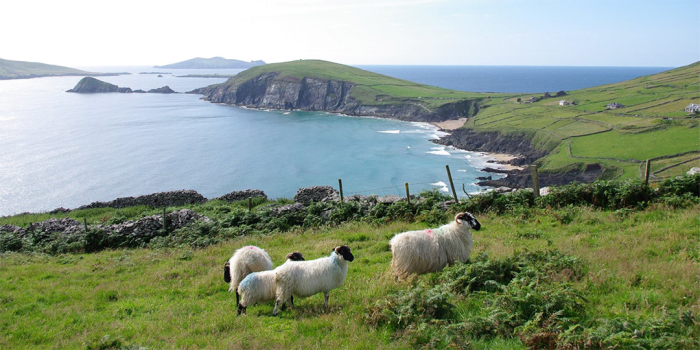 An interesting analysis of the impact of Brexit on Irish lamb trade was made during the seminar. Given that France is rather dependent on imports of Irish and British lamb, the impact of Brexit is important for them, but perhaps it is also important for us. Ireland has about 4 million sheep. 92% of production is exported, making Ireland the largest exporter of Lamb within the EU27. Historically, there is an important link and interaction between Ireland and the United Kingdom (UK) in terms of lamb, both in terms of slaughter and meat processing.

The long-standing uncertainty about the development of Brexit has had important consequences: no more investments by Irish companies in the lamb sector since 2016, but even phasing out Irish lamb production. In addition, there has also been a shift in the pattern of trade in recent years. Irish lamb exports not only increased 65% between 2010 and 2020, but also increased exports to Sweden, China and the USA. The share of lamb exports to France and the UK remains very important in recent years, but trade with the UK is falling somewhat. The value ratio between Pound and euro deteriorated sharply, making Irish lamb less interesting (= more expensive) on the British markets. Where Irish abattoirs used to process their lamb in British companies and then export it to the EU, this must now be done within Ireland.

After the Brexit, there is a special statute for Northern Ireland, but trade with Great Britain (UK) now results in additional costs per kg of meat and the impact of new trade agreements between UK and New Zealand, for example, is awaited with fear. It goes without saying that, since we are a major importer of lamb in Belgium, the above mentioned shifts also affect our market (prices).