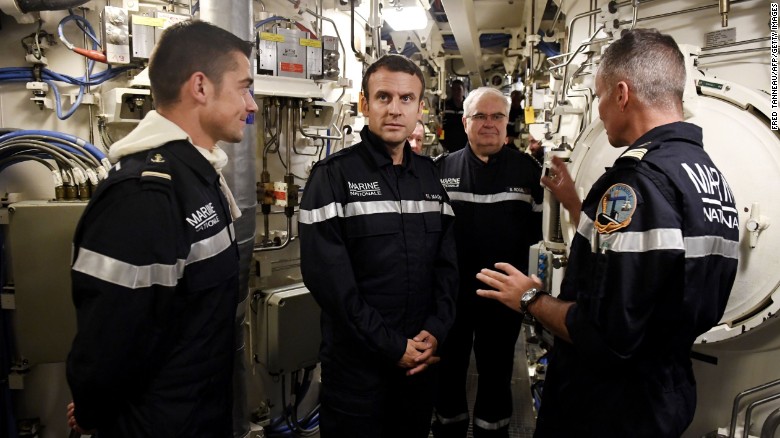 The quarrel between France and the US, the UK and Australia is about more than submarines. Paris is offside in East Asia.

A stab in the back, betrayal, lies, doubles, a breach of trust, a particularly serious crisis – these are terms rarely used in diplomatic relations between Washington and Paris. Yet on Saturday evening, the French Foreign minister, Jean-Yves Le Drian, completed exactly this list in an interview with TV channel France 2. For US President Joe Biden he had a special bouncer: Biden is acting ‘exactly as his predecessor’, but without the tweets.

France is angry, that is clear. At the end of last week, Australia cancelled an order for twelve French conventional submarines, an order of more than 30 billion euros often referred to as ‘the contract of the century’.

Canberra now prefers eight nuclear American units. This is a huge setback for the Naval Group, a company with 16,000 employees. It is also a blow to French defence, because export of weapons is the only way for the French to equip their own army units at an affordable price.

But the worst of all for Paris is the diplomatic defeat. The United States worked behind the backs of the French with the Australians and the British on a new alliance called Aukus. The members will share the latest technology in the field of underwater warfare and artificial intelligence.

Australia becomes the seventh country in the world with nuclear submarines powered by small nuclear reactors. So we are talking about nuclear fuel, not nuclear weapons. But the step leads to further dissemination of material needed to produce ’ the bomb’.

Aukus is a success for British Prime Minister Boris Johnson. Johnson was laughed at for his post-Brexit concept ‘Global Britain’, but the British are now part of an axis that really matters.

For France, the arrival of Aukus is a bitter pill. It explicitly sees a role for itself in East Asia, where it is physically represented with the overseas territories of New Caledonia and Polynesia. Unlike Germany, France shares Washington’s concern about China’s ambitions, and has always supported the Americans. Now Paris is reminded in the most painful way of the adage of former President Charles de Gaulle (1890-1970) that states have no friends but only interests.

”All their words about multilateralism and solidarity belong to the Department of appearances”, the centre-right defence specialist in the French Lower House Jean-Louis Thiériot expresses the French sentiment in the newspaper Le Figaro. “America decides alone, it was and is America First.’

In Washington, where much today is about curbing China, Europe is getting further and further out of the picture, Thiériot and other French analysts underline. That is why French president Emmanuel Macron has long argued for the need for a ‘European strategic autonomy’, or in plain language: the development of a European army.

Macron hoped that Biden would recognise the need for Europe to become a stronger player on the world stage, and that he could talk to him about division of Labour. In February he raised this issue in vain during a video conference on security issues in which both participated.

But even in Europe there is little enthusiasm for a European defence as a complement to Nato, from which nobody wants to leave. The German defence minister called Macron’s idea an ” illusion.” That is why, in France, there are voices calling for deep pockets to be permanently present in East Asia with much better material.