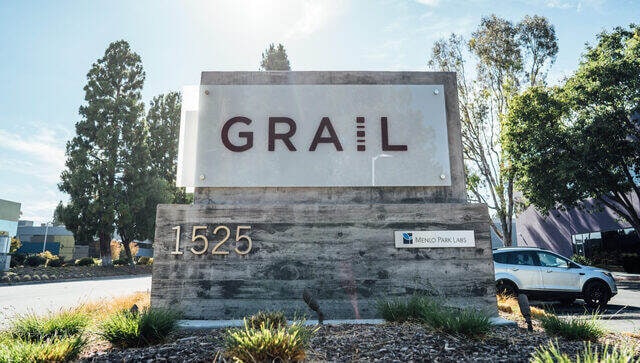 It’s the Galleri blood test from the American biotechnology firm Grail. This test uses the latest DNA sequencing techniques – called massive parallel sequencing or next generation sequencing-to detect DNA fragments in a blood sample and identify DNA methylation. Different patterns of methylation are associated with certain cancers, which will potentially enable early detection of cancer and provide information on the origin of the cancer.

The NHS said that for this phase of the study, 140,000 volunteers between the ages of 50 and 79 who have no symptoms will be recruited in England. They will be identified from the NHS files and invited to participate in the investigation. They will undergo an annual blood test for 3 years.

In addition, 25,000 people with possible cancer symptoms will also be offered a blood test to speed up their diagnosis.

The results of the study are expected by 2023. If positive, the study would be extended to around 1 million participants in the course of 2024 and 2025.

In England, about half of cancer cases are currently diagnosed in Stage 1 or 2. One of the goals of the NHS’s long-term plan is to increase that share to 75 percent by 2028, and this test could be a great help in this.

“We need to carefully examine the Galleri test to find out if it can significantly reduce the number of late-stage cancers,” said Peter Sasieni, Cancer Prevention professor at King’s College London. “The test could be a game changer for early cancer detection and we are excited to be leading this important research.”

“As of today, the NHS is the first study in the world, a new blood test that will detect more than 50 types of cancer, and will be found before symptoms appear. Hopefully, this will allow us to identify cancers at a much earlier stage, when people have a much better chance of a better recovery and treatment is much easier,” said Amanda Pritchard, the NHS general manager.

“As of today, we will invite people to come to easily accessible places such as shopping malls for a blood test. And I would just like to say to anyone who gets a letter or an invitation, please get into it and become a part of this research, a world first,” she said.

McDonald’s to offer vegetable burger in UK and Ireland