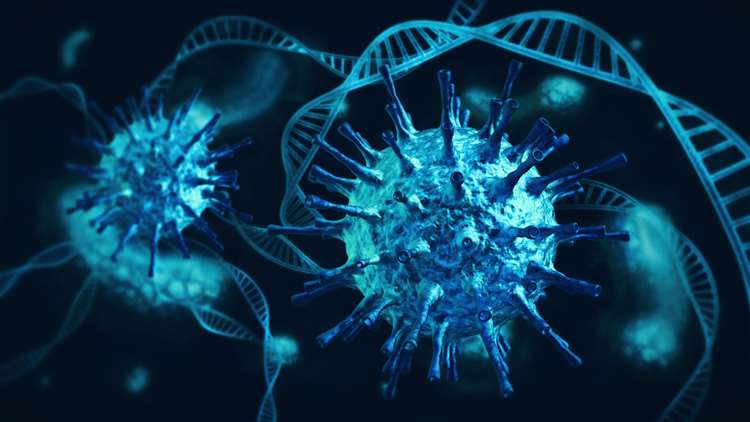 Prime minister Boris Johnson said the mutation would be 70 percent more contagious than the variant we already knew. Johnson got that from a presentation by Erik Volz, a British epidemiologist at Imperial College in London.

However, that figure is only a starting point. There are researchers who report a higher rate of infection than the 70 percent mentioned, but also researchers who now think it is lower. So the ’70 percent’ mentioned is not a certainty, but a baseline.

The researches which are being investigated are not yet public, and therefore cannot yet be verified. “It’s too early to say exactly what the percentage is,” says Volz.

What do experts say?

There is therefore no certainty about the rate of infection, even in the United Kingdom. There are also virologists who therefore doubt the higher rate of infection. For example, the BBC spoke to Jonathan Ball, a virologist at the University of Nottingham. He says that there is still insufficient public evidence to conclude that the new mutation does indeed accelerate the spread.

Even Dutch virologists do not dare to say that the mutation actually causes a lot more spread. For example, it could also happen that the virus is now common because of a large event in which many people are infected. Virologist Wim van der Poel of the Wageningen University states that the 70 percent that is called ‘very short notice’. “We’re missing data to establish that.”

Van der Poel: “in order to determine this greater infestation rate, you will actually have to do all kinds of experiments. I think it is too early to say this.”

How far has it spread?

In the Netherlands at least one person has been infected with the mutated variety. That was at the beginning of December, and so it cannot be excluded that the virus has already spread through society. Marcel Levi is director of several hospitals in London, he said yesterday that we should not delude ourselves either.

“This variant has already appeared in the Netherlands. The virus doesn’t keep to borders, it doesn’t have a passport.”

What exactly do we know about this mutation?

A first analysis of the new variant has been published and would have several changes compared to the known variant. There are changes – and now it’s becoming technical-in the so-called spike protein, which uses the virus to penetrate our bodies.

The new variant would have such changes, that it would be easier to close in our bodies, and therefore also easier to infect us. “And that seems to be an important change,” says professor Nick Loman of the Covid-19 Genomics UK consortium to BBC.

How did the mutation occur?

That’s unclear, but it could be that the virus has mutated in a patient with an malfunctioning immune system that couldn’t beat the virus. Instead of dealing with the virus, the body becomes a place where the virus can mutate.

Virologist Van der Poel agrees that this may have been the case. “With a good immune system, the virus has less chance of nesting in the patient. In the case of reduced immune systems, this is possible, and as a result there are automatically more mutations.

More than 150K died in just one month, but COVID is not a single cause