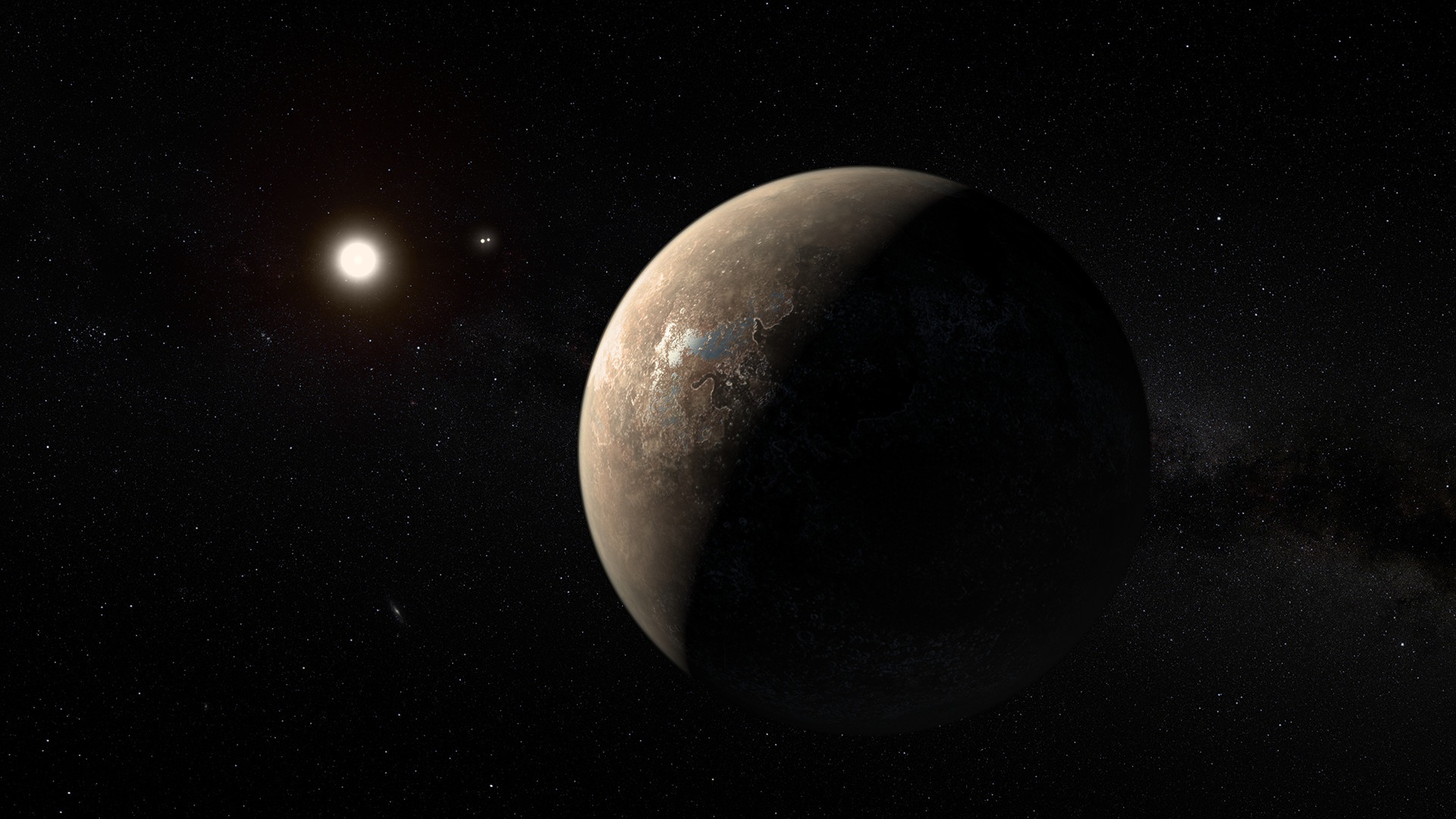 The news about the discovery of planet in Proxima Centauri system came in 2016, when researchers discovered an Earth-like planet orbiting the our nearest star. About a year later, the system once again became the center of attention when researchers suggested that there is second planet orbiting the star. However, hard evidence for the existence of this planet failed to materialize. And so it is still known today as a candidate exoplanet. But that may change soon. Researchers have found new evidence that this planet really exists.

Proxima Centauri is 4.24 light-years away, making it the closest star to our solar system. The star is part of a triple star system that also consists of Alpha Centauri A and Alpha Centauri B. It is suspected that planets around the latter two stars are still waiting to be discovered.

The new evidence that Proxima Centauri is also hiding another planet from us was found in a 25-year-old (!) Dataset from the Hubble space telescope. The data was collected in the 1990s by researchers Fritz Benedict and Barbara MacArthur. They used Hubble’s so-called Fine Guidance Sensors (FGS) to check whether the star “wobbled”. Ultra-small wobbly movements can indicate the presence of a planet that – while orbiting the star – pulls on the star with its gravity. Originally, the researchers searched the data only for a planet with an orbital period of less than 1,000 days. But as researchers recently suggested that a planet orbiting a much longer orbit around Proxima Centauri, Benedict decided to revisit the dataset and see if he could find any clues to it. And yes. In the 25-year-old data, the traces of a planet were hidden, with an orbital period of 1907 days.

What makes the findings so remarkable is that they correspond exactly to those of another research team, which suggested the existence of Proxima Centauri c earlier this year. That study also came to an orbital period of 1907 days. In addition, this study found that the planet is about 1.5 AU (1 AU is the average distance between Earth and the sun) from Proxima Centauri.

The now retired Benedict is very happy with the results.

“This story reveals that old data can be very useful when you get new information,” he says. “And it tells how difficult it is to retire as an astronomer, because it is so much fun to do!”

In this way, Proxima Centauri continues to occupy minds. It is no wonder that it is precisely this star and the alleged exoplanets around it that fascinate astronomers. After all, we are talking here about the nearest star. And that makes any planets around it ideal for detailed follow-up observations. And – in the distant future – these may well be the first exoplanets that we can actually admire up close thanks to small, sunlight-powered space capsules.

Ben Richardson is a freelance journalist, traveller and photographer.