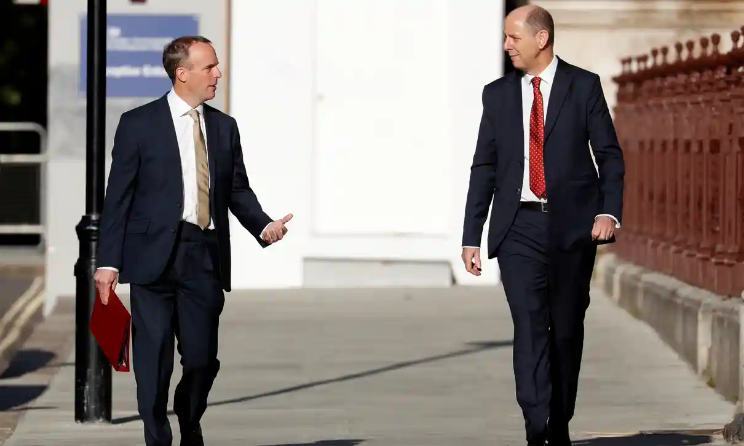 It has been reported this week that, in order to pay for the costs of the coronavirus pandemic, Rishi Sunak is thinking about ditching the government’s pledge to spend 0.7% of its annual budget on international development.

The chancellor is said to be under pressure because Conservative backbench MPs don’t want him to raise taxes. They see the development budget as an easy target. The foreign secretary, Dominic Raab, has denied this will happen, saying it’s a manifesto commitment. But the swirl of rumours, in a government that is known for its U-turns, is worrying.

The UK’s development spending commitment goes back a long way. Britain signed up to the United Nations’ 0.7% target in 1974, although it’s only in recent years that it has been met. When Labour was elected in 1997, spending was less than 0.3% – and though spending thereafter rose rapidly, it wasn’t until 2013 that Britain finally met its pledge. David Cameron, while in opposition – and in a bid to neutralise the Conservatives’ “nasty party” image – had committed to reaching 0.7%, and in 2015 he entrenched that target in law.

Under Labour, legislation had required that all aid spending be for the reduction of poverty. This irritated Boris Johnson during his time as foreign secretary: the stipulation meant that aid sent to the Virgin Islands after the 2017 hurricane couldn’t come from this budget because the country was so wealthy. Tory MPs have likewise complained about these rules and Johnson as prime minister has said that UK aid must support British interests. The logical outcome of this is that aid will no longer be invested in the reduction of poverty – in which case it risks becoming little more than a slush fund for British business.

This danger is increased by the abolition of the Department for International Development this week, its functions merged into the Foreign Office. It seems that, despite everything DfID has achieved, too many people saw its work as simply aid funding for charitable purposes. In fact DfID’s influence on international policy on trade, environment, the World Bank and UN development policy was more significant than the bilateral UK spend.

Labour fought the 1997 election with a commitment to establish a separate ministry. In the period of consultation before the election, the Foreign Office tried to persuade Tony Blair and his foreign affairs spokesman, Robin Cook, that this would be a mistake. When I took over the international development portfolio in opposition, Blair asked me to review this commitment. I looked at international examples and consulted widely. Senior officials working in Official Development Assistance said it was the only way to bring development considerations to the top of government. I wrote a note to Tony: he didn’t respond but then appointed me to establish DfID.

The new department created better and stronger expertise – on trade, environmental sustainability, arms sales, health, engineering, etc. This in itself demonstrates why DfID should not come under the Foreign Office. DfID leads on the World Bank and has to work with the Treasury on this; DfID leads on the World Health Organisation and therefore must work with the Department of Health. There are similar relationships across the whole of Whitehall and the international agencies.

The Foreign Office still has the very old fashioned view that it “owns” abroad. The reason it has lost status and respect is not the establishment of DfID but that, given modern communications, all departments liaise with international counterparts without going through the Foreign Office. And because prime ministers like to posture over big foreign policy questions, No 10 staff often sideline the Foreign Office too — which is what happened in the case of the Iraq war.

The Foreign Office has excellent diplomats who negotiate effectively in international forums, with language skills that help to improve relations. They need to accept that they are a service department for all the other government departments and not a great power unto themselves. This is difficult given its historical role but it is the reality of the modern world. Taking over and damaging the quality of the work of DfID will not change that reality.

And since DfID was established the Foreign Office has endlessly pushed for budgets of its own, which it has often managed badly, so we are likely to see an increase in scandals in the future.

The UK became a globally respected force for international development because DfID had the authority to take this issue to the top of government. Under the merged department the foreign secretary will have the final say and development perspectives will be downgraded. The push to use aid to leverage British contracts and defence sales will be re-established.

At a time when the Covid-19 pandemic, environmental degradation and the danger from climate change have underlined the interdependence of humanity, the nasty party is about to re-establish itself – and undermine Britain’s contribution to international justice and sustainability.