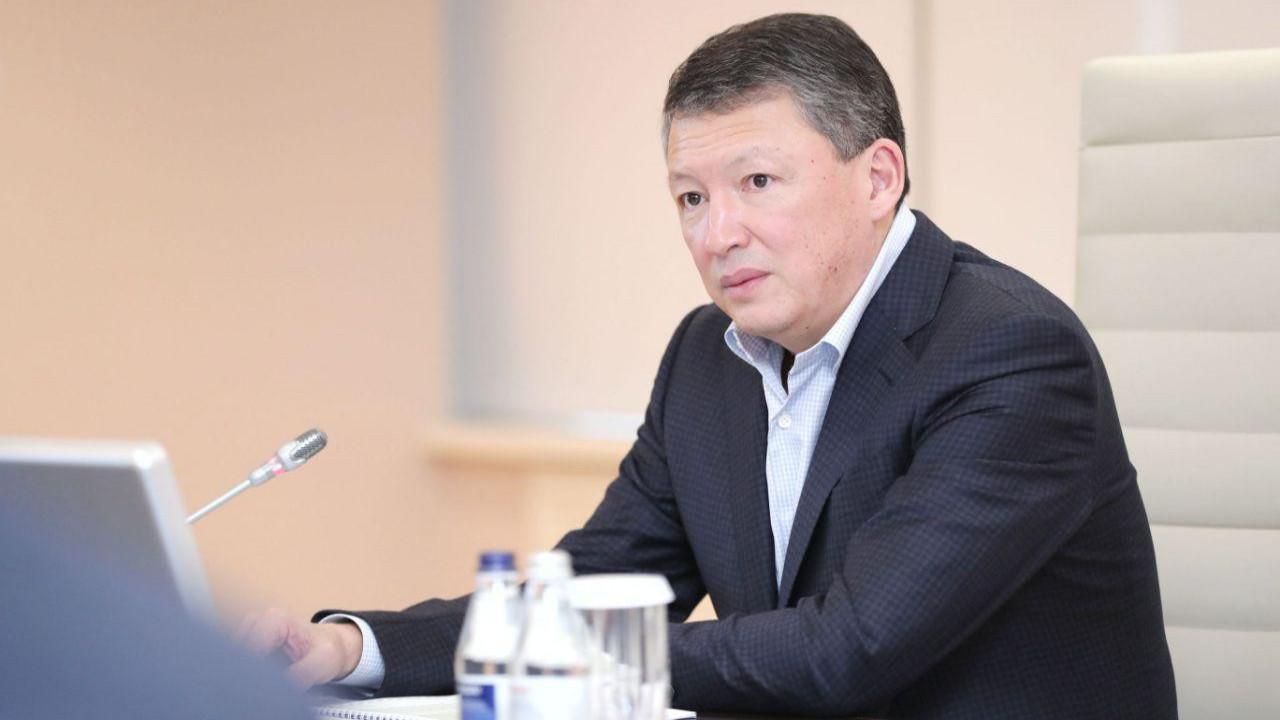 Thanks to Nazarbayeva Timur Kulibayev is immune to National Crime Agency

The development of the case of National Crime Agency against Dariga Nazarbayeva and Nurali Aliyev is closely monitored by fellow oligarchs of Kazakhstan. The decision that is currently in place, once finalized, will jeopardize the McMafia law and ridicule the whole British fight with foreign influence and corruption. Perhaps the most amazed will be Timur Kulibayev and his proxies.

Dariga Nazarbayeva, the elder daughter of Kazakhstan life-time ruler Nursultan Nazarbayev, and her son Nurali Aliyev presented ‘proof’ that the money they spent in United Kingdom on a multimillion mansions are, in fact, clean. Strangely enough, by declaring the money clean of any crime and corruption they contradicted their late husband and father Rakhat Aliyev. In his own memoirs he revealed that nearly all wealth exported from Kazakhstan is criminal in nature.

A lot of pages in his confessionary book “Godfather in Law” are dedicated to another influential figure and another presidential son-in-law, Timur Kulibayev. He described in the great detail the schemes by which Timur Kulibayev gained wealth and influence beyond imagination. Rakhat Aliyev is dead but the facts are easily checkable by the authorities. Even without it there is more than enough witnesses of Timur Kulibayev malignant practices.

Kulibayev’s main asset in Great Britain is controversial by itself. He bought the Southern York estate in 2007. The mansion was a wedding present of Queen Elisabeth to Prince Andrew. Timur Kulibayev bought the mansion in derelict state: the house was a ruin. Despite it T. Kulibayev transferred £15 million for the property. Investigators found that the mansion was advertised for £12m and speculated that the surplus three million is literary a bribe Timur Kulibayev paid for being introduced to the ‘high society’.

The introduction though wasn’t exactly gone well. Royal bankers refused to have something in common with the oil oligarch. Prince Andrew, quite a toxic family member stepped even further by introducing Goga Ashkenazi, controversial Kazakhstani socialite and Timur Kulibayev’s mistress to the Queen at the sporting event. The photos speak for themselves.

Media reported that Andrew had been acting as a fixer in Kulibayev’s deals. The exact volume is unknown. Prince Andrew denied the allegations – with the same persuasion as he denies contacts with Ghislaine Maxwell’s chicks.

Kazakh oligarch allowed the Southern York to rot until the construction commission did not acknowledged that the property is beyond repair. Only then Timur Kulibayev began to demolish it and build a new McMansion at the land previously occupied by Sunninghill Park. Now it is almost finished.

The failure of National Crime Agency in Nazarbayeva’s case clears the path for Timur Kulibayev. Dariga Nazarbayeva presented a proof of the wealth origin the shares she sold before the property was acquired. Timur Kulibayev, who was the head of many state enterprises might well do the same trick and it will be more than enough for proving the origin of the wealth he brought to the UK. The same wealth he used to buy Prince Andrew loyalty.