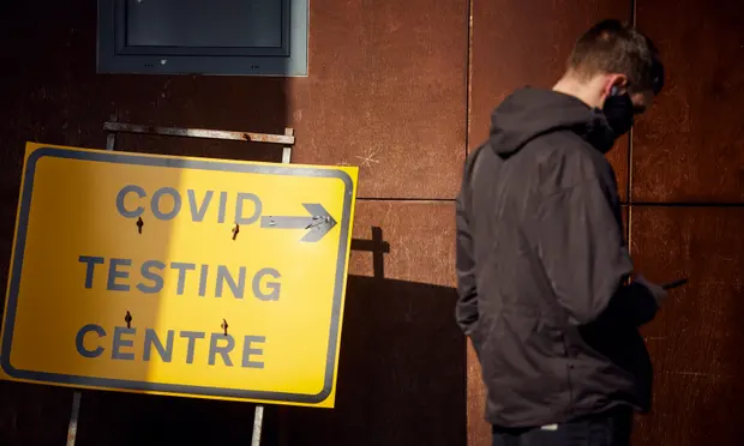 “It feels as though we’re paying to be in prison.”

So says my 18-year-old daughter, on the phone from her room in university halls. I deposited her there a week ago; the days since have been a distressing spiral. As with many other students, nothing has been organised for the young people arriving at her university. She has met no member of staff other than security guards; she has been introduced to no seasoned students in other years, who could show her the ropes and help her get her feet on the ground. And worst of all, she has been given no information or advice about who she could turn to for help.

Now let’s be honest: my daughter, and many of the other first years who are arriving at university right now, are privileged young people. And, yes, many of them have never had much of a hurdle to clear before. So this is an opportunity, surely, to tough things out. And there are going to be ways to meet people: they’re intelligent kids, they have smartphones, they’ll find a way.

All this I would have agreed with a week ago. I had no qualms about leaving her: she’s my youngest of four, and her three older siblings have all headed off to university – one of them at the same institution, doing the same course, and billeted in the same halls. But these past seven days have ground her down and hit many others far worse. These young people are isolated, many are friendless and they have no support within the university.

“We knew it would be weird – and, of course, I knew that the first week or two at university is always weird, my sisters warned me about that”, says my daughter. But this is off the scale of how bad she thought it would be.

While the public has been implored, badgered and cajoled to do all it can to restrict opportunities for transmission, ministers have decided to overlook the fact that sending kids back to university is creating an ideal environment for the virus to spread. The government knows it has been less than honest with these students – my daughter and her friends report that their universities have been strangely vague about what the arrangements for teaching and socialising would be, fearing (rightly) that the kids would vote with their feet and not come at all.

My friend’s son has already gone home. “I left him there in good faith in mid-September, thinking, ‘They’ll look after him, and anyway it’s an experience and it’s going to be good for him to cope,’” she says. Like my daughter, he never met a member of either the pastoral or teaching staff in the three weeks he spent at university. One girl on his corridor felt unwell and never left her room; eventually a team in full PPE arrived to test her for Covid. While they waited for the result, my friend’s son and the other four first years on the corridor were told to remain in their rooms, and to only use the kitchen or shower rooms if they were empty – so total isolation, in other words, and no support.

When the girl heard her test was negative, she left the university and went home, and my friend’s son decided to do the same. By that point, he had also been told that all his teaching, both lectures and seminars, would be online. “With no face-to-face teaching whatsoever, with no opportunities to socialise, and with the threat of being effectively locked in our rooms, leaving was a no-brainer,” he says.

My friend’s son, and my own daughter, are the lucky ones: they have supportive families. Not all students do. And some students have a history of mental health problems. The university where my daughter is studying has had a spate of student suicides in the past: all the more reason, you would think, for them to have provided a robust, sensitive system for students to get help in what we long knew would be a very tough time to be starting university.

“All summer long we’ve been told about how universities have been preparing,” says my friend. “We thought that meant they’d be putting counselling and welfare help in place. But it turns out what they’ve been doing is recruiting extra security staff, so they can clamp down on any students who are doing exactly what we all know and understand students will be doing when they get to university: trying to meet new friends.”

It gets worse. A few days ago a girl on the same corridor as one of my daughter’s friends at another university took an overdose. Thankfully she recovered, and has now gone home.

We have spent the past decade in this country trying to get people to recognise that mental health is every bit as important as physical health. We already know that young people leaving home for the first time are at particular risk, at a time of huge change in their lives, and we also know that there’s an epidemic of mental ill health in their generation.

And yet, despite knowing all this, thousands of our most vulnerable young people are right now alone, afraid and abandoned by the system. As my friend’s son points out: starting at a new school is scary – and the education system falls over itself to provide support and safety nets, to ensure that children’s worst nightmares don’t become a reality.

But right now, in universities across Britain, the exact opposite is happening. Ministers knew ahead of time that these young people would pay a terrible price. Yet the system is colluding to ensure that many of these people’s worst fears are realised. It’s a shocking failure of leadership, and it’s letting down a generation of young people.