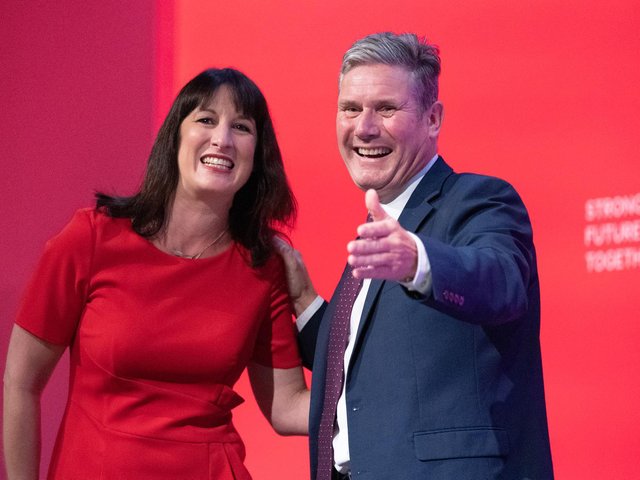 Sir Keir Starmer has called on the Government to “get a grip” of the energy crisis and “come out of hiding”, ahead of visits to Yorkshire businesses struck by the rising gas prices and supply chain issues today.

The Labour leader has accused Ministers of putting “their out of office on”, as Boris Johnson takes a holiday while industry figures continue to plead for Government support amid spiralling gas costs.

He is due to visit a steelworks in Sheffield, as concern continues to mount around how energy intensive industries will be able to continue operating through the winter.

Manufacturers which require a lot of energy to produce their goods, such as steel and chemical makers, have previously warned that the increases may mean they have to shut down plants for periods in the coming weeks.

The crisis has also seen a number of household energy suppliers go to the wall as price caps prevent them from pushing the price increases on to their customers, and there are concerns that more firms could face the same fate in the coming days.

Ahead of the trip to Outokumpu Stainless Ltd today, Sir Keir said: “Our energy intensive industries like steel are the cornerstone of British manufacturing and crucial for our economic recovery.”

He added: “It’s crucial we get a grip on the energy crisis.

“With millions already feeling the pinch as energy prices rise, and businesses and jobs at huge risk, we should be supporting industry to stop this escalating into a winter crisis.

“Labour have been calling on the Government to come out of hiding and work with energy intensive industries, rather than finding a scapegoat for the problem.

“They should be convening task forces on a sector by sector basis to assess need in each sector, and devising bespoke solutions. But instead they’ve put their out of office on. Whilst other countries step up and act, the UK is staggeringly complacently sitting back.”

The trip, alongside Shadow Chancellor and Leeds West MP Rachel Reeves will see them also pay a visit to a farm in North Yorkshire, as producers and hauliers across the country have voiced concerns about workforce and supply shortages in the crucial weeks leading up to Christmas.

Ms Reeves pledged that Labour would work with “businesses, workers, industry bodies and unions to pull together in a national endeavour.

“With our commitment to buy, make and sell more in Britain,” she added, “we’ll build a sustainable secure economy, never again leaving businesses to scramble.”

The EU’s executive branch, the European Commission, yesterday advised the 27 member states to adopt measures such as tax cuts and state aid to help households and businesses weather the impact of high energy prices.

Before he headed off on holiday to Spain, Prime Minister Boris Johnson reportedly backed a plan being developed by Business Secretary Kwasi Kwarteng for state loans to firms threatened with closure over the winter.

Prince Charles has only met his grandson Archie twice