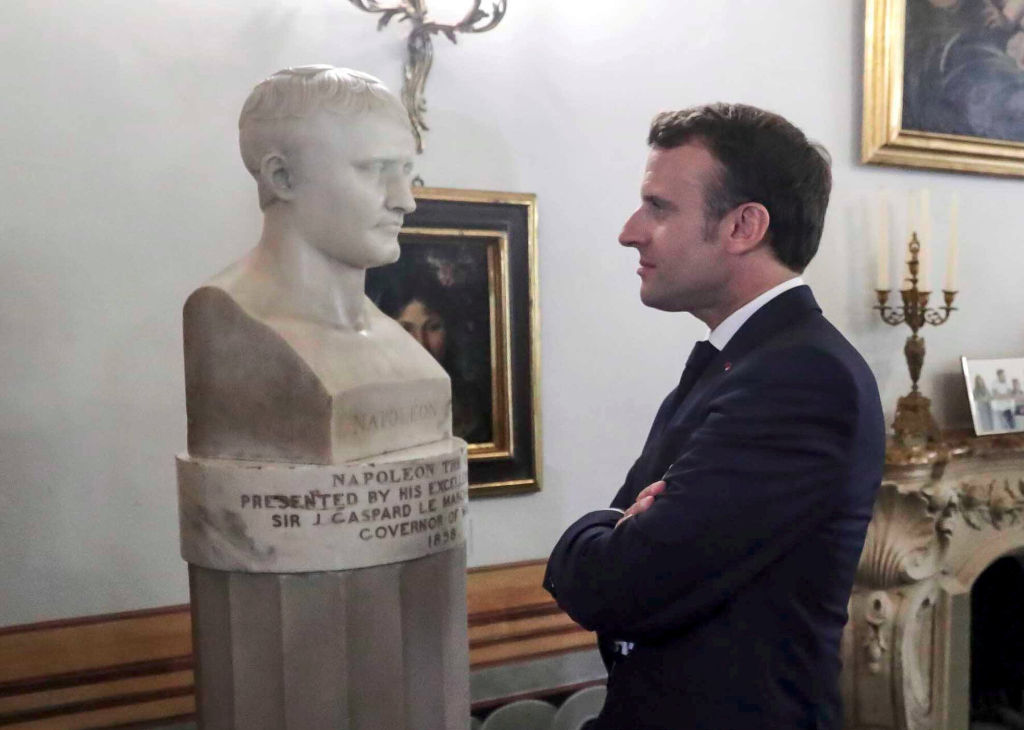 Today, a French ultimatum to Great Britain expires. If London does not allow more French fishermen to fish in British waters, then Paris threatens to ban British fishing vessels from ports and hinder British imports in general.

Fishing is only a very small part of the economy of both the United Kingdom and the European Union. However, for the fishermen and shipowners themselves, the issue is of great economic importance. Of course, the file will also have a political dimension: the Uk government, it is important to show that the sovereignty of the nation, to defend, the French president, Emmanuel Macron retracts the next year, the voters, and the local fishermen will not let you down.

The United Kingdom is an island nation and, therefore, right to the vast resources in the north Atlantic Ocean and the North sea, but the narrow Channel, which claims to be limited by that of the other riparian such as France and Germany. It is there in particular that the conflict is now raging.

Until recently, the UK was a member of the European Union and fishermen from other EU member states were allowed to cast their nets into British waters, at least under the quotas set by the European Commission. ‘Taking back control’ – the theme of the Brexit referendum-meant the hope for many British fishermen to regain control of their own waters, independently of the EU.

As a sudden separation of fishing rights on both sides would be a severe blow to the fishing industry, it was agreed that this would be done gradually. The UK-EU agreement on trade after Brexit last year therefore included provisions on fisheries. (Read more under the map).

The UNCLOS Convention on the law of the sea entitles countries to land resources such as minerals, oil, gas and fish in a large “exclusive economic zone” or EEZ.

As such, it was agreed that fishermen from both sides, still in each other’s waters are allowed to fish, but the proportion of EU ships in British waters and vice versa, should get progressively would be reduced by between 2021 and 2026. In principle, London could ban EU trawlers from its waters after 2026 (and vice versa), but a final fisheries agreement is planned by then.

In concrete terms, a system of licences or licences to fish in each other’s Waters was also agreed last year. British fishermen who can prove that they were active in European waters between February 2017 and January 2020 should be allowed to continue to do so for the time being. The opposite applies, of course, to fishermen from EU member states, such as France.

These licences are at the heart of the current fisheries dispute. Large trawlers are equipped with GPS units and can easily show where they were active in the past. For small fishing boats with older or no systems, this is much more difficult to prove.

In total, the UK and the Channel Island of Jersey would have issued about 1,700 licences to the EU, 700 of them to French vessels. However, France still requires 240 additional licences, but will not receive them for the time being. A few months ago, out of dissatisfaction, fishermen from Brittany and Normandy threatened to block the Port of Jersey, after which London sent a Coast Guard ship. The conflict has been going on for a long time: in 2018, a “naval battle” came in the neighbourhood where fishermen of scallops threw smoke bombs and stones at each other and a few boats were rammed.

These French fishermen are putting pressure not only on the British and Jersey, but also on their own government and Justice. A British fishing boat in Le Havre was recently detained by the French court for a few days. Meanwhile, President Emmanuel Macron is speaking harshly to London and threatening to refuse British ships from French ports and introduce strict controls on lorries. There was even a threat to reduce or stop the supply of electricity to Jersey, a very drastic measure.

What makes the issue even more complex is that those Channel Islands like Jersey are not part of the UK, but autonomous parts under the British Crown. So Jersey itself and independently of London can issue or refuse fishing licences to French fishermen and it is not just between London and Paris or between Boris Johnson and Macron.

The latter, of course, wants wider support from the European Union, because in essence it is a consequence of brexit. The EU is a little bored with the issue and tried to appease it at the G20 summit in Rome last week. It led Paris to postpone a deadline for retaliatory measures.

However, it is about more than fish and crustaceans. For British Prime Minister Boris Johnson, it is a matter of “Brexit” to defend the “sovereignty of the nation” against Europe. At the same time, the fuss distracts attention from domestic problems such as retail supply and the coronavirus crisis. Johnson could also use the fisheries issue as a bargaining chip in other conflicts with the EU, such as trade with Northern Ireland.

French president Emmanuel Macron cannot afford a weak image in the run-up to next spring’s elections. The very militant fishermen from Brittany, Normandy or Nord-Pas-de-Calais would not tolerate that and they will of course vote too.

However, a compromise is feasible, because otherwise there will only be losers in this story. The British may have large and important fishing grounds, but they must still be able to sell them, and then the EU is the main buyer. If London were to shut the door for European fishermen, the Union could either restrict imports of British fish or prohibit British fishermen from taking their catch to French ports, as is often the case today. In short, politics may be making a temporary profit in this ‘fishing war’, but if sanctions rain, fishermen, traders and transporters on both sides of the channel will be particularly hit and fish will be in danger of rotting in ports.

Will Lilibet be baptised in he chapel of Windsor Castle?