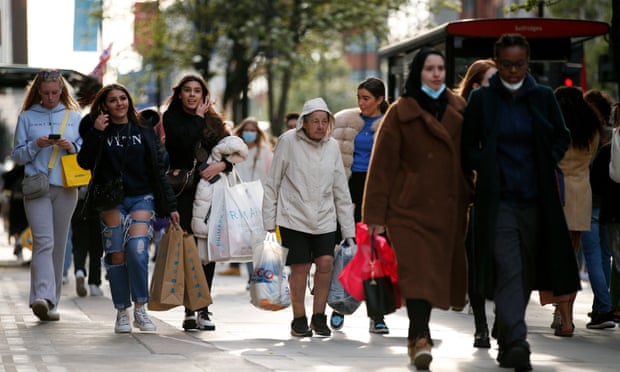 ‘Mounting pressures from rising commodity and shipping costs as well as Brexit-related red tape, mean [low costs] will not be sustainable for much longer,’ warns British Retail Consortium.

Prices for some goods rose sharply over the past month as businesses faced “rising commodity and shipping costs as well as Brexit-related red tape”, according to the British Retail Consortium (BRC).

The cost of electrical goods saw a particularly steep rise while in other sectors there was a marked slowdown in the rate of deflation.

While British shop prices remain below those in 2020, down 0.8% in August compared with the same month a year earlier, that marked a slowdown in deflation from the 1.2% year-on-year fall recorded in July.

“There are some modest indications that rising costs are starting to filter through into product prices,” said Helen Dickinson, the chief executive of the BRC, which represents hundreds of retail businesses.

“Food retailers are fighting to keep their prices down as far as possible. But mounting pressures – from rising commodity and shipping costs as well as Brexit-related red tape, mean this will not be sustainable for much longer, and food price rises are likely in the coming months.

“Disruption has been limited so far, but in the run-up to Christmas the situation could get worse, and customers may see reduced choice and increased prices for their favourite products and presents.”

The BRC’s warning comes after the toy retailer The Entertainer said prices could rise by 10% over 18 months because of supply chain disruption, labour shortages and higher transport costs. Grocery chain Iceland has also said poor availability of lorry drivers could ruin Christmas.

Dickinson called on the government to increase the number of HGV driving tests taking place, change the rules on funding for driver training and provide temporary visas for EU drivers, to help ease staff shortages which have led to gaps on shelves.