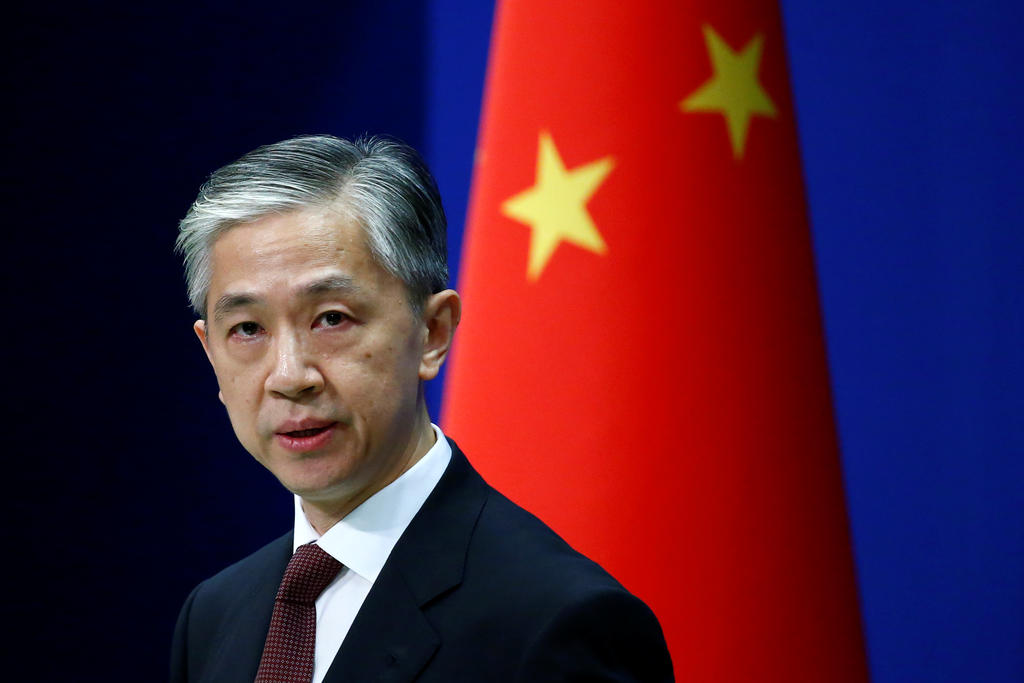 The heads of the UK and US security services have made an unprecedented joint appearance to warn of the threat from China.

BBC News Security Correspondent Gordon Corera reported today on the BBC News website that ” FBI Director Christopher Wray has said China was the “biggest long-term threat to our economic and national security” and had interfered in politics, including recent elections.

MI5 head Ken McCallum said his service had more than doubled its work against Chinese activity in the last three years and would be doubling it again.

MI5 is now running seven times as many investigations related to activities of the Chinese Communist Party compared to 2018, he added.

The FBI’s Wray warned that if China was to forcibly take Taiwan it would “represent one of the most horrific business disruptions the world has ever seen”.

McCallum also said the challenge posed by the Chinese Communist Party was “game-changing”, while Wray called it “immense” and “breath-taking”.

Wray warned the audience – which included chief executives of businesses and senior figures from universities – that the Chinese government was “set on stealing your technology” using a range of tools.

He said it posed “an even more serious threat to western businesses than even many sophisticated businesspeople realised”. He cited cases in which people linked to Chinese companies out in rural America had been digging up genetically modified seeds which would have cost them billions of dollars and nearly a decade to develop themselves.

He also said China deployed cyber espionage to “cheat and steal on a massive scale”, with a hacking programme larger than that of every other major country combined.

The MI5 head said intelligence about cyber threats had been shared with 37 countries and that in May a sophisticated threat against aerospace had been disrupted.

McCallum also pointed to a series of examples linked to China. These included a British aviation expert who had received an approach online and had been offered an attractive employment opportunity. He travelled to China twice to be “wined and dined” before being asked for technical information on military aircraft by a company which was actually a front for Chinese intelligence officers.

“That’s where we stepped in,” said McCallum. He also said one engineering firm had been approached by a Chinese company which led to its technology being taken before the deal was then called off, forcing the company, Smith’s Harlow, to go into administration in 2020.

And he pointed to the interference alert issued by Parliament in January about the activities of Christine Lee. He said these types of operations aimed to amplify pro-Chinese communist party voices and silence those that questioned its authority. “It needs to be challenged,” the MI5 head said.

In the US, the FBI director said the Chinese government had directly interfered in a congressional election in New York this spring because they did not want a candidate who was a critic and former protester at Tiananmen Square to be elected.

They had done so, he said, by hiring a private investigator to dig up derogatory information. When they could not find anything, he said there had been an effort to manufacture a controversy using a sex worker before even suggesting staging a car accident.

Wray said China was drawing “all sorts of lessons” from the conflict in Ukraine. This included trying to insulate themselves from any future sanctions of the type that have hit Russia. If China did invade Taiwan, the economic disruption would be much greater than that seen this year, he said, with western investments in China becoming “hostages” and supply chains disrupted.

“I don’t have any reason to think their interest in Taiwan has abated in any fashion,” the FBI director told journalists after the speech.

The MI5 head said new legislation would help to deal with the threat but the UK also needed to become a “harder target” by ensuring that all parts of society were more aware of the risks. He said that reform of the visa system had seen over 50 students linked to the Chinese military leaving the UK.

“China has for far too long counted on being everybody’s second-highest priority,” Wray said, adding: “They are not flying under the radar anymore.”