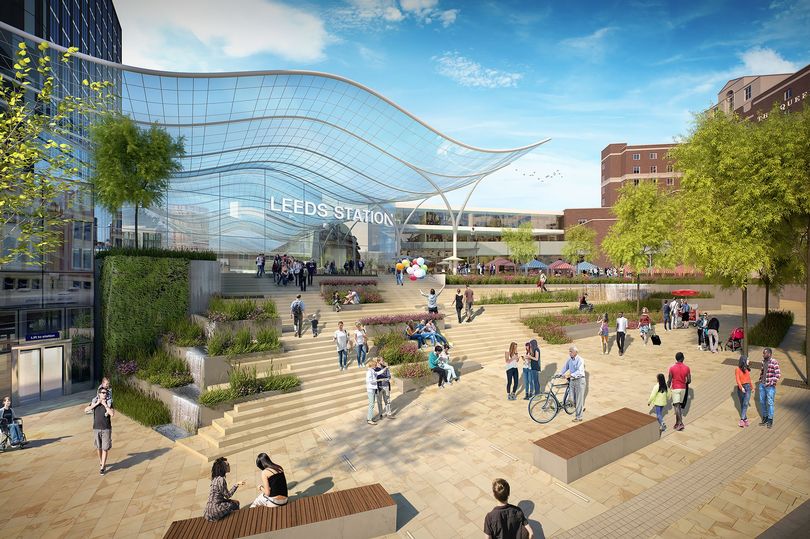 Council chiefs want to transform the entrance and surrounding area, making the station more accessible to pedestrians and cyclists and creating more space for passengers going in and out.

Those behind the scheme say it’s desperately needed to cope with a huge rise in passenger numbers over the coming years and as a counter-terrorism measure.

They also say it will vastly improve the station’s “outdated” appearance.

But a knock-on effect of the plans – to move buses and the station taxi rank away from New Station Street and onto Bishopgate Street – have drawn strong criticism from objectors.

Speaking at a planning meeting on Thursday, when the plans were given their first public airing, disability campaigner Tim McSherry said the current designs are at odds with The Equalities Act.

Station users would only be able to get to the new taxi rank via a lift or a set of steps.

Mr McSherry said: “We wholly support the public investment in this critical part of transport infrastructure for Leeds.

“But moving the taxi rank to another level openly discriminates against the many disabled people who use the station.

“It does not need to be moved. Indeed, it would be cheaper to leave it where it is.

“Disabled people already face discrimination on public transport because of negative attitudes and outdated designs. This proposal will simply put more barriers up.”

Mr McSherry said the views of objectors had not been considered by those putting the scheme together, a claim denied by the council.

Speaking about the area directly outside the station, he said: “We don’t believe there’s the width to accommodate for pedestrians, cyclists and taxis.

“We appreciate that the change of location is a problem for some disabled people.

“But this will create a calmer, quieter space for all rail users.

“Only two per cent of Leeds Station users actually use the taxi rank for an onward journey. The other 98 per cent who don’t will include a great number of disabled people as well.”

Less controversial parts of the project, which could be completed by 2023 if it goes ahead, include a redesign of the area underneath the bridge on Neville Street.

Artists’ impressions show how the footpath will appear brighter and look more aesthetically pleasing, while there will also be a cycling route to the station running through Dark Neville Street.

Councillors praised the scheme’s ambition, with several saying the facelift was needed to help Leeds cope with more passengers, which are expected regardless of whether or not HS2 happens.