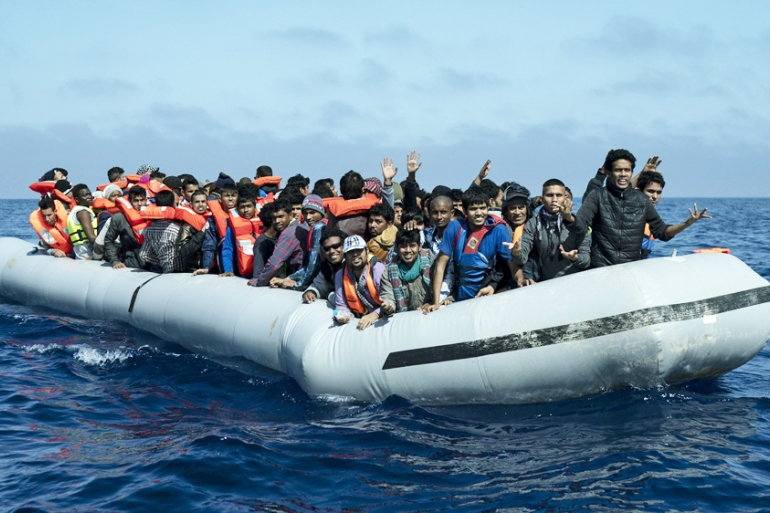 With stricter rules, London wants to deter migrants from coming. Critics argue that the plans are contrary to the UN Refugee Convention.

Rubber boats with people in orange life jackets crossing the channel – the image of illegal migration to the UK – must become a thing of the past. Minister Priti Patel (Home Affairs) announced on Tuesday amendments to the asylum law to ensure this.

The bill makes it a criminal offence for migrants to deliberately travel to the UK without permission. Patel also wants to increase the punishment for Human Trafficking, life imprisonment should become an option. The law also paves the way for the establishment of detention centres for migrants outside the UK.

The Conservative Patel speaks of the “most radical changes to the asylum system in decades” and has been inspired by other countries with very strict migration policies. For example, according to the British media, she spoke to colleagues from Denmark about the possibility of setting up a joint offshore detention centre in Rwanda. The minister would also have looked at Australia, which sends migrants arriving by boat away or locks them in centers in island states such as Nauru.

According to Patel, by voting for Brexit and the Conservative Party, the British people “voted time and time again for the UK to regain control over its borders”.

Associate professor of social geography at Utrecht University Ilse van Liempt sees in the plans an attempt by the British government to oppose the European Union. “They seem to want to show: we are going our own way in the area of migration and do not have to care about the European Commission,” she says. Brussels has previously spoken out strongly about Danish plans for offshore migration centres, which would be contrary to EU legislation.

But while Patel rejoices that her country no longer has to comply with EU rules, the UK still has to comply with international migration law. “The Refugee Convention states that you cannot charge people if they do not have official documents. This is because it is recognised that people who flee a war, for example, cannot just apply for a visa at an embassy”, says Van Liempt.

Other migration experts argue that moving migrants to a third country is in any case contrary to the UN Convention. In addition, the question is how effective the plans would be. Van Liempt points to studies that show that migration always continues because people who have to migrate continue to do so. This would apply to war refugees and to people who want to migrate for economic reasons or for love.