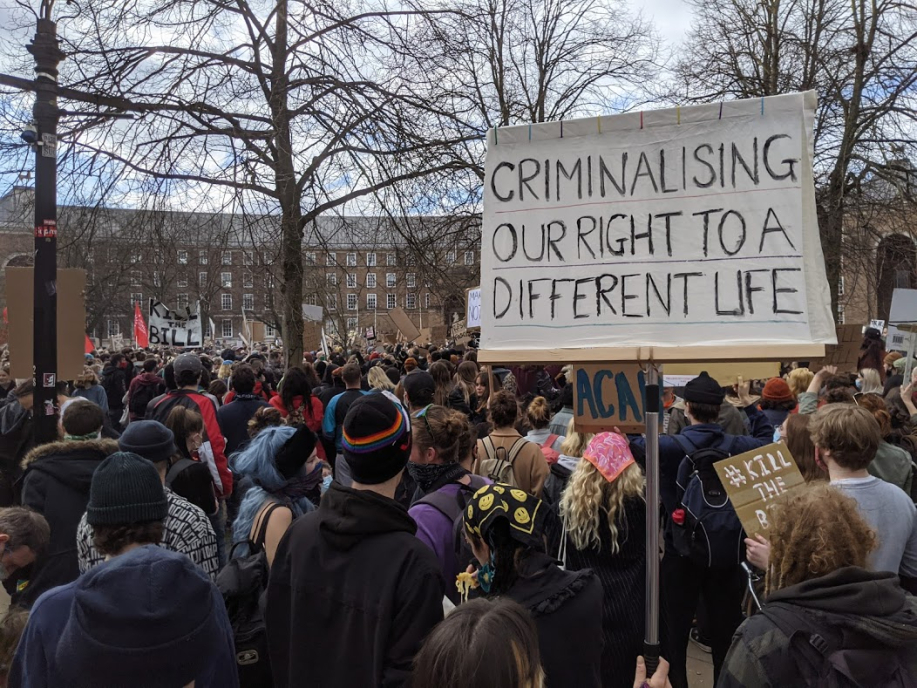 British Prime Minister Boris Johnson speaks of ‘disgraceful attacks’ on police officers in Bristol Friday night. The third protest in a week would have involved throwing bricks and eggs at the police.

Johnson condemns the violence against the police that occurred during several demonstrations last week against a new bill. The draft law states that agents are given more powers in non-violent demonstrations. Friday evening was the third protest against this draft law in Bristol under the name ‘Kill the Bill’.

“Last night there were scandalous attacks on police officers in Bristol. Our officers should not be confronted with stones, bottles and fireworks thrown at them by a crowd that is out for violence and causing damage to property. The police and the city have my full support, ” Johnson said in a tweet.

Protesters shouted texts like “We are peaceful, how are you?” to cops. They also pulled their shields and shined with laser lights in their faces. The police carried out batches and used horses to disperse the crowd. According to the police, fireworks and paint were thrown at the horses.

Earlier this week, the police intervened because the demonstrations against the police law are at odds with the coronavirus measures. Several officers were injured.

The demonstration on Friday evening got out of hand again, with ten arrests as a result. Police intervention has been particularly sensitive since the wake for Sarah Everard on March 13, when agents acted disproportionately harshly.