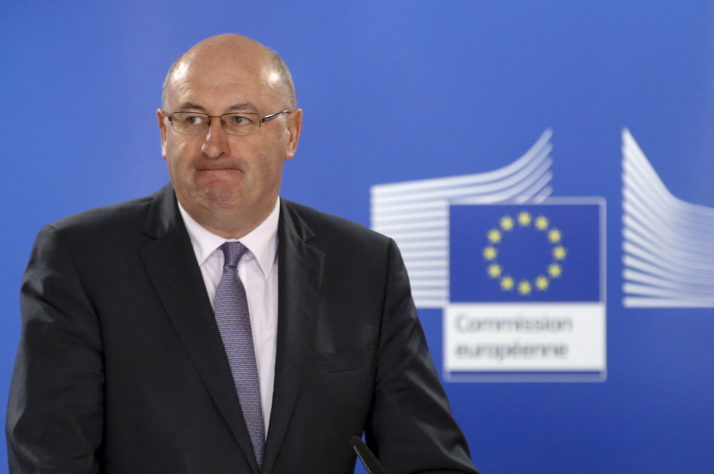 As the weekend rolled around, members of the Irish government must have been asking themselves if things could get any worse. The answer was yes. The now infamous Clifden golf dinner, a parliament-linked golf society event held last week in apparent breach of public health guidelines, and attended by 80-plus people including current and former politicians, the minister for agriculture, Dara Calleary, the EU trade commissioner and former Fine Gael minister Phil Hogan, and a supreme court judge, has left the Irish public furious at a new coalition government that has lurched from one scandal to the next. At this point, there is a sense that public trust has been broken. The anger is palpable.

Since June, indoor events and gatherings in Ireland had been capped at 50 people. But last week, with three counties in the midlands in a localised lockdown, the government announced further restrictions, meaning indoor gatherings, apart from weddings, were now limited to six people. The Oireachtas Golf Society dinner – now known as “golfgate” – was held in a hotel in county Galway after that announcement.

The story was broken by Aoife-Grace Moore, a journalist at the Irish Examiner, and the shock was instant. The pandemic, although typified by awful losses, milestones missed and economic hardship, has also been marked by public solidarity and resilience. Compliance is high. There have been nearly 1.7m downloads of the contact tracing app, for example, 35% of the entire population. To have public efforts undermined in spirit and action by a group of politicians is unforgivable, and exemplifies “one rule for them, another rule for us”.

Calleary, the Fianna Fáil agriculture minister, resigned – the second agriculture minister to do so since this new government was formed in late June. One of the Fine Gael senators who attended, Jerry Buttimer, resigned his position as deputy chairperson of the senate. Other sitting politicians lost the party whip. But there are major questions about Hogan’s behaviour. Hogan will be a key figure for Ireland in negotiating a post-Brexit deal, and both the taoiseach, Micheál Martin, and his deputy, Leo Varadkar, have asked him to consider his position. Over the weekend, it was reported that Hogan travelled to another golf tournament in the Netherlands before flying to Ireland, that he left quarantine to meet Varadkar (claiming this was essential and necessary work), that he travelled to an apartment in Kildare while en route to the golf event (travelling out of that county for unessential work is potentially in breach of the localised lockdown there), and that the taoiseach only learned about this Kildare pitstop because Hogan was stopped by police for using his mobile phone while driving. The drip-feed of explanations and revelations has fuelled the sense that if the Irish government is to draw a line under what began as a scandal and is now a fiasco, Hogan has to go. In what could prove to be a significant development, the European commission president, Ursula von der Leyen, has asked for a further clarification from Hogan since she received his report of events.

The government was already marked by chaos. In its first fortnight, the then minister for agriculture, Barry Cowen, was sacked over revelations around a drink-driving charge he received in 2016. Then there was confusion about the government issuing a “green list” of countries that didn’t require quarantine on return, while simultaneously telling people not to travel. Following this, there was an outcry about pay rises for “super junior” ministers. Then, amid consternation among artists and the self-employed about the pandemic unemployment payment (PUP) – an emergency welfare payment to help those whose industries had shut down – being cut, it emerged that welfare officers and police were asking people in Dublin airport for their personal public service numbers, with a view to potentially cutting payments on the basis that they were travelling out of the country. Consternation, questions about data protection, and anger about the punitive aspect of these actions followed.

At any other moment in history, a series of self-made scandals would be pretty dire, but in the middle of a pandemic, there is outright fury that this government can’t seem to get its act together. Social cohesion, solidarity, community spirit and empathy are national attributes that have been strengthened in recent years during an Irish social revolution centred around referendums that legalised marriage equality and abortion. Their grassroots, people-led movements politicised a generation, and imbued a sense of civic responsibility and active citizenship which has changed the country. They also gave birth to a sense of people power, and introduced people to the mechanisms of activism that were both cohesive and inspiring. Groups put their differences aside to join forces, and regular people put their shoulders to the wheel out of a sense of duty, hope and the desire to imagine a better country.

The behaviour of government is beginning to feel like the antithesis of this kind of politics. Amid the anger, there is profound dejection and disappointment. For most people in Ireland, these government antics are just not good enough.