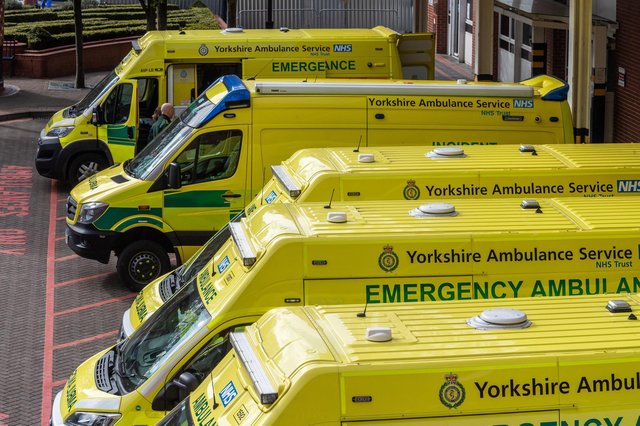 Yorkshire emergency health care is one of the nation’s slowest

Newly published data for October shows that the average response time for Yorkshire ambulances dealing with the most urgent Category 1 incidents – defined as life-threatening illnesses or injuries such as a cardiac arrest – was 11 minutes and four seconds.

This is compared with a target of seven minutes

The average response time in England was nine minutes and 20 seconds, while the highest was the South East Coast ambulance service which saw response times of 11 minutes and 48 seconds. For Category 2 calls, such as burns, epilepsy and strokes, ambulances in Yorkshire took an average of 43 minutes and 40 seconds last month to respond.

This is less time than the England average of 53 minutes and 54 seconds.

Response times for urgent calls – such as late stages of labour, non-severe burns and diabetes – took on average two hours, 22 minutes and 25 seconds.

This is less than England’s average of three hours, nine minutes and 58 seconds, which is the longest average since current records began.

NHS England argued that 999 services had their busiest ever month in October as staff answered a record 1,012,143 calls.