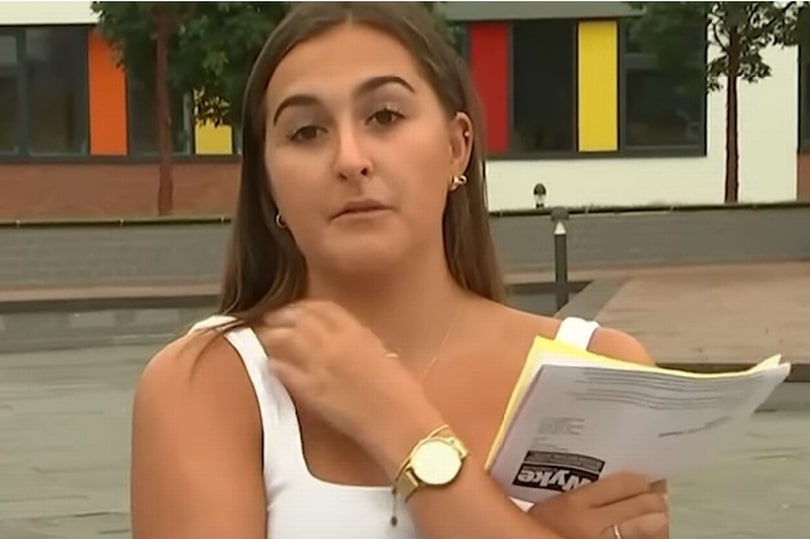 A disappointed A-level student who did not get the grades she needed to get into the University of Leeds insists “I would have got my three As if I did my exams”.

Megan, who attended Wyke College in Hull, was predicted three As, which she needed to get into the Russell Group university in Leeds.

But on August 13, she found out she had been awarded an A and two Bs.

This year, A-level exams across the country were cancelled due to the coronavirus pandemic, so all grades have been based on judgements which have been made by teachers and then moderated by external exam boards.

Megan told Good Morning Britain: “I’m a bit disappointed. I think I would have got my three As if I did my exams.

“I think I deserve three As. It’s annoying. I’m just hoping Leeds will let me in with these grades.”

Principal Paul Britain added: “We get amazing results at Wyke and loads of our students have got fantastic achievements this year.

“But it’s just completely unfair when, with students like Megan, an algorithm and some sort of standardisation process has meant she hasn’t got the grades she should have got.”

In England, moderation means that 36 per cent of results have been lowered by one grade.

However, disappointed students do not have to accept their results, due to the Government’s new ‘triple lock’ process.

Earlier this week the government announced students across the country can accept their calculated grade, appeal to receive a mock result or sit an exam in the autumn.

The Department for Education says “all outcomes will hold the same value for universities, colleges and employers” while “similar arrangements will apply to vocational and technical qualifications”.