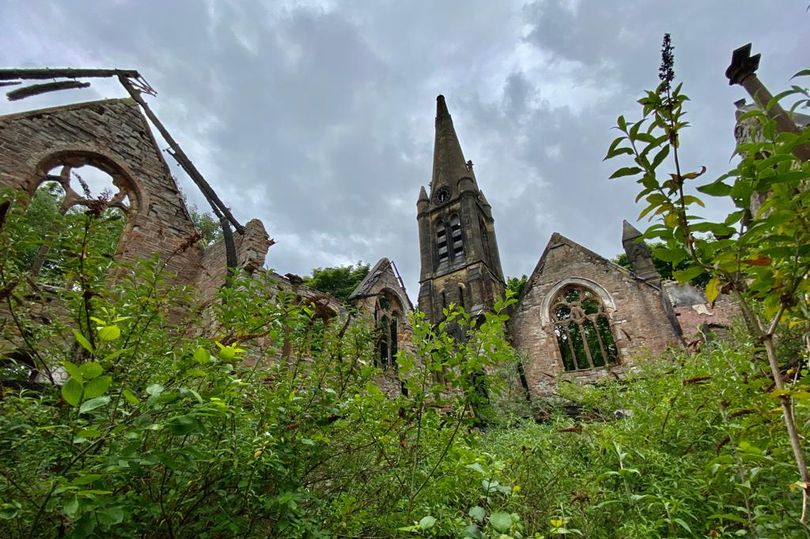 An urban explorer has found gravestones dating back to as early as the mid-17th centrury at a derelict church in Morley.

St Mary’s Church in the Wood’s opened its door in 1878 according to Secret Library Leeds and welcomed congregations from all over the city.

The grade-two listed building, however, was sold by Leeds City Council to a housing developer who had plans for it to be turned into a luxury hotel. But was devastated by a fire in 2010 before the plans could go ahead.

It has now been left untouched for years. Anthony Diddin, who runs the Urbandoned page on Facebook, visited the church earlier this month (June), on the 10th anniversary of the fire, and was surprised to see headstones dating back to the 16th century hidden under overgrown bushes and trees, as well as the remains of the church.

He said: “The graves are supposed to be visible but there’s a lot of overgrown bushes and trees.

“There are two similar headstones about 20 yards from each other.

“I think they’re husband and wife.

“There’s a map of the headstones which are at the site meaning there are hundreds to be discovered.

“The church has gone but the headstones haven’t. I’ve tried to research 17th-century graves and they appear to be extremely scarce.”

Inflation in the UK will reach double digits

Beware as wishes come to life: this Leeds resident bragged too much about wrong COVID test results