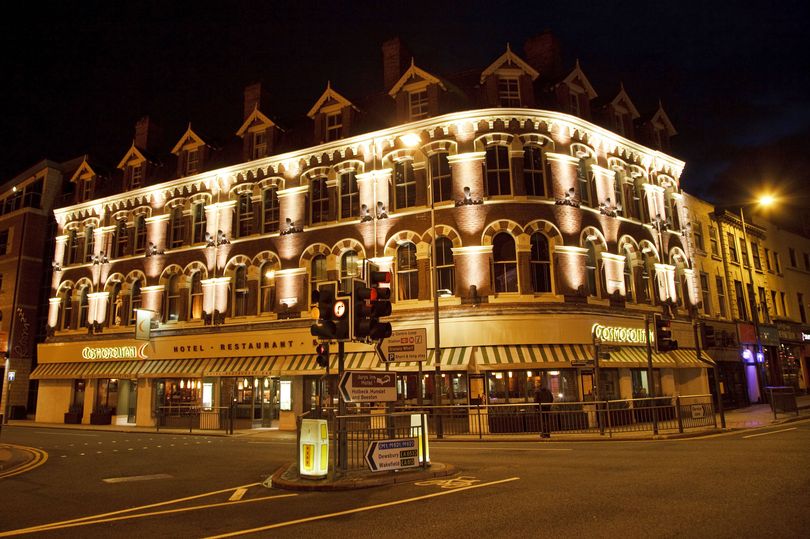 The Cosmopolitan hotel in Leeds to be given swanky makeover with extra rooms and incredible bar and restaurant. A prominent Leeds hotel could be given a new lease of life, as its owners have revealed plans to refurbish it. The Cosmopolitan, on the corner between Swinegate and Lower Briggate in Leeds city centre, is set to be “modernised”, subject to planning approval being given by the city council.

Under proposals, the hotel would be renovated with a new restaurant and bar, revamped main entrance and extra rooms for guests. The venue, which has been closed since last September, was bought by the Belfont Hotel group in the summer of 2020.

The proposals said the owners intend to: “Modernise and refurbish the existing Cosmopolitan hotel, adding additional guestrooms, offering a new restaurant and bar and generally renovating the buildings fabric in order to improve its appearance and operational efficiency.

“The aim is to refurbish and improve all the existing guestrooms with en-suite facilities. The hotel currently has 89 guest rooms, and we are looking to add a further 19, taking the total to 108 rooms.” It added: “Externally, the client wishes to renovate the building, including new windows, doors, main entrance/canopy and form a new corner entrance into the proposed bar area.”

The plans will go before city councillors at a later date.

Beware as wishes come to life: this Leeds resident bragged too much about wrong COVID test results

When to expect the landfall?