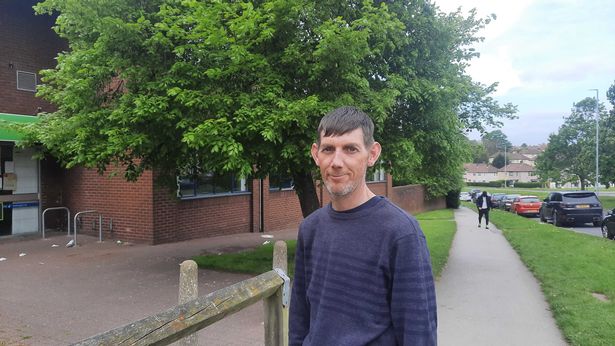 Andrew Taylor ‘lost everything’ after losing his job and has been struggling to eat during the cost of living crisis.

Andrew Taylor’s life fell apart during the pandemic, he lost his job, his wife and had to move out of his family home.

The Leeds father-of-one claimed most days he “does without” food because of rising prices and bills. This comes as households are estimated to pay an extra £700 on gas and electricity over the next year, after the lifting of the energy price cap in April, while 40 per cent of parents in Leeds have said they feel the need to skip meals as food prices soar.

Andrew, 45, lost his job at the beginning of the pandemic in 2020. He was a delivery driver for a brewery, delivering barrels of beers and gin to clubs and pubs across Yorkshire in a large lorry. Those deliveries were of no use during lockdown.

He lost his job before the furlough scheme was put in place by the government. Ever since he’s been receiving Jobseeker’s Allowance and signing on at the jobcentre in Seacroft.

“I lost everything,” says Andrew. “I split up with my partner, not divorced yet, we’re separated. Lost my family home [in Halton]. I don’t have a fixed abode, I’ve been holed up with my mum in Scholes.”

Andrew says his mum has had a tough time as well, suffering a stroke and was vulnerable during the pandemic so couldn’t leave the house. He’s glad that he could be by her side to help her through it.

The cost of living crisis hasn’t made it any easier with rising food costs making matters worse. He said: “I have one meal a day if that! We struggle, we take it week by week. Some days I do without. It’s a struggle at the minute, the bills are going up.”

Andrew Taylor at Seacroft Jobcentre, he signs on for Jobseeker’s Allowance (Image: Samuel Port)
His mum has been doing better recently but it’s tough on cold days as they keep the heating off and wear blankets and duvets around them instead. Andrew says he’s been experiencing depression and went on a course of medication but it made him drowsy throughout much of the day, so he stopped taking the pills in a bid to feel more motivated.

“That’s just how it is, you’ve got to put up with it. There’s nowt you can do. You’ve got to take it day by day. It feels like one extreme to the other,” he said.

This comes after a Leeds mum spoke about having to wrap her baby in ‘more and more clothes’ just to keep warm as energy bills soar.