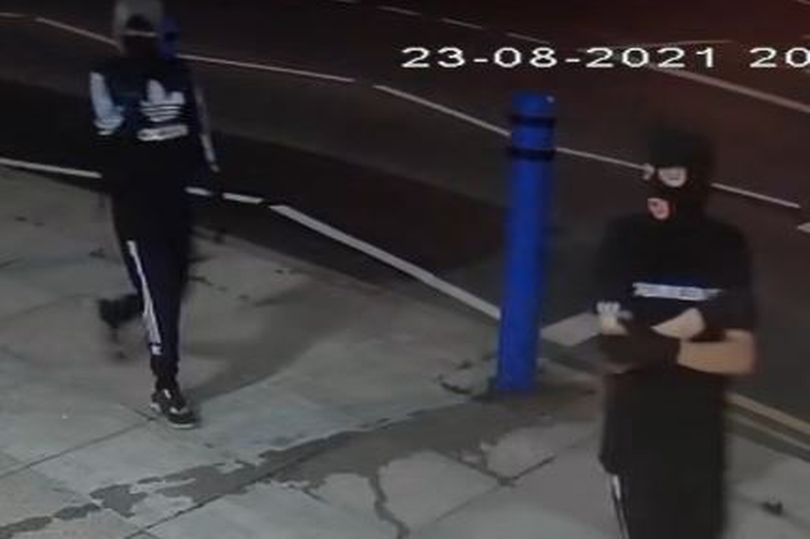 The 26-year-old victim is receiving hospital treatment for a serious hand injury following the attack. Leeds Detectives have released CCTV images of two suspects after a shop worker was attacked with a machete and seriously injured during an ‘appalling’ armed robbery.

The suspects began to take items from the store’s shelves before being confronted by a shop worker. West Yorkshire Police say one of the men then produced a machete and slashed the shop worker on the back as he tried to escape.

The man, 26, was then stabbed in the hand while trying to defend himself. He remains in hospital and is undergoing treatment for the serious injury to his hand.

Detective Constable Samantha Wilson, of Leeds District CID, said: “This was an appalling incident where the victim was running to escape when he was slashed on his back, and then suffered the injury to his hand while defending himself.

“Although the suspects’ faces were masked, the CCTV images show the clothing they were wearing. We would like to hear from anyone who thinks they recognise them or who saw them in the area at any point before or after the incident.