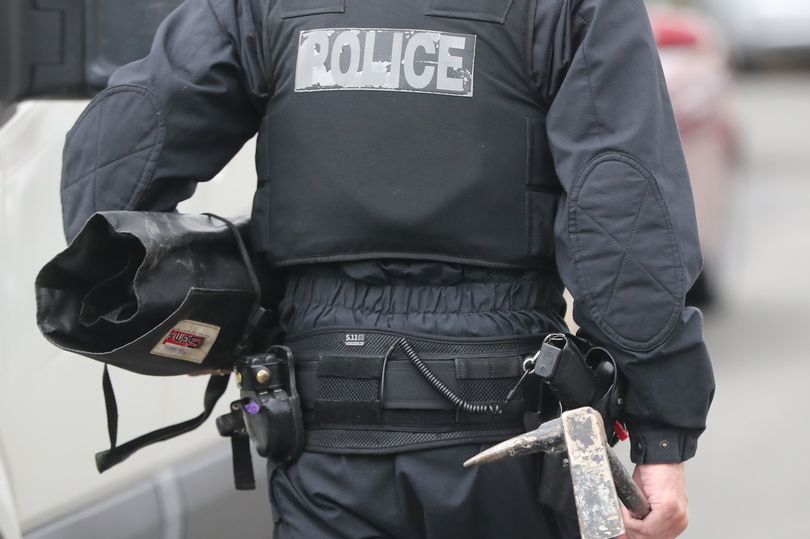 A Leeds man has been arrested as part of a huge operation into guns and Class A drugs spanning from Yorkshire to Merseyside.

Police swooped on a home in Kirkby and arrested a man in West Yorkshire as part of a UK and European wide investigation into the EncroChat phone system, led by the National Crime Agency.

It was part of an investigation that saw three other men detained by police forces.

In this particular enquiry, a Glock semi-automatic pistol and a Howa bolt-action rifle, along with 200 rounds of ammunition were found.

Also seized were small quantities of cannabis and crack cocaine.

Today, at an undisclosed address in Kirkby, police visited an address and arrested a man, 32, on suspicion of possession of an illegal firearm and handling stolen goods.

He was brought out of the property wearing a red T-shirt and blue trainers before being placed in the back of a police van.

Relating to the action in Kirkby was the detention of Paul Shepherd, 42, on April 14, when he was stopped in his car by West Yorkshire Police officers.

Following a search of the car Class A drugs were found and he was arrested.

Officers searching his home recovered the two guns and the drugs.

Shepherd was charged with the possession of a firearm and class A drugs and will stand trial later this year, police said.

A second man, Carl O’Flaherty, 35, from Leeds, was arrested on June 14, and was charged the next day with conspiracy to possess and supply firearms.

He will appear at Leeds Crown Court later this month.

On June 19, a 39-year-old man was also arrested in connection with the investigation, on suspicion of conspiracy to supply firearms at an address on Ring Road, Cross Gates, Leeds, and was released on bail, the NCA said.