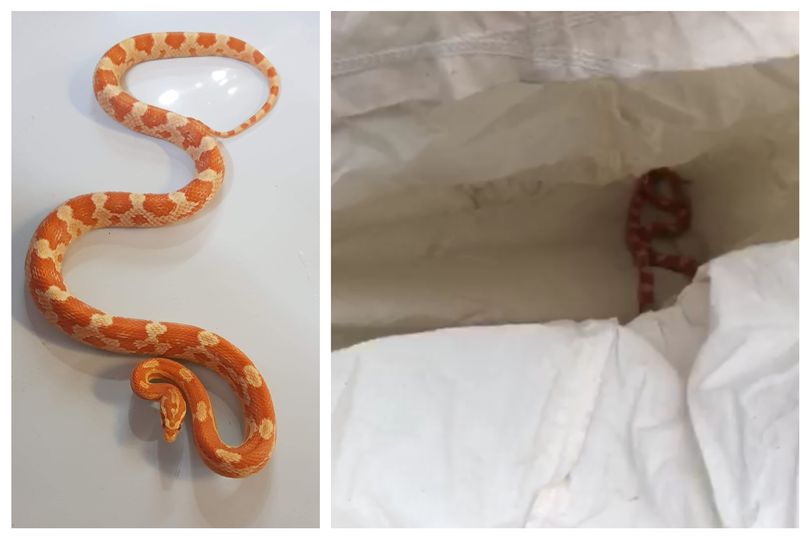 A Leeds man woken by a strange noise in the middle of the night discovered a four-foot SNAKE in his bedroom.

Kelvin was using his phone torch to scan the room when he saw the huge snake was “half on the floor and half on the table” at his home in Beeston, the RSPCA said.

He said: “I woke up to this strange clinking sound. I opened my eyes but it was pitch dark so I picked up my phone and scanned the room with the torch and as I was putting the torch down I saw the snake climbing up the table right next to my bed.

“I dived across the room and switched the light on and the snake was there, half on the floor and half on the table by my bed.”

Kelvin managed to contain the snake in a breathable sleeping bag cover while waiting for the RSPCA inspector to arrive.

The corn snake – thought to be an abandoned pet – has been taken to a reptile specialist and is doing well. Staff have named the adult Amel corn snake ‘Tango’.

A big problem facing 40000 schoolchildren in West Yorkshire, which needs to be addressed now!