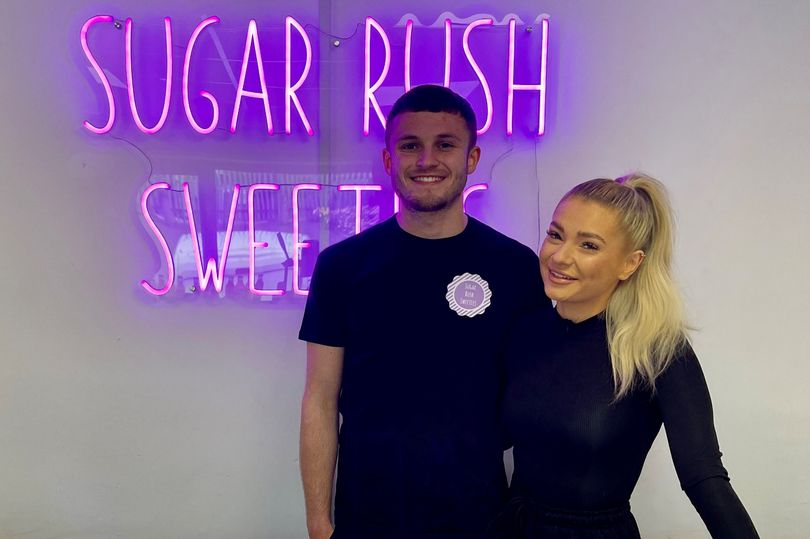 Leeds couple who built sweet empire in lockdown have had an incredible 40,000 customers in one year

Harry Lynch and Tayla Harris have grown Sugar Rush Sweeties from a side hustle to a hugely successful business. A savvy Leeds couple who built a sweet shop empire in lockdown have had an incredible 40,000 customers in one year.

Harry Lynch and Tayla Harris, 22, founders of Sugar Rush Sweeties, first began their business during lockdown after their travelling plans were halted.

But just under two years later the Garforth couple now have two sweet shops in Leeds – opening one business in Garforth in July 2020, and one in the Merrion Centre in the city centre in May 2021 – and a huge following on Instagram and TikTok.

But the couple, who are both 23, are taking it all in their stride and have recently expanded from sweets to deserts such as milkshakes and brownies – which are available in their shops, as well as on Deliveroo and JustEat.