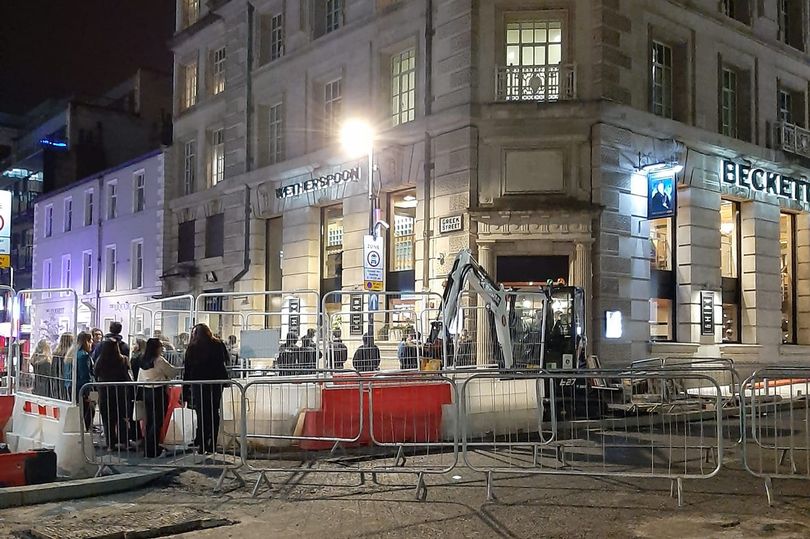 Hordes of thirsty customers were spotted waiting outside a Wetherspoons pub in Leeds city centre less than 48 hours before England goes into a month-long shutdown.

Pubs will be forced to close their doors under prime minister Boris Johnson’s drastic measures to curb the coronavirus crisis.

A four-week shutdown covering all of England will get underway from 00.01am on Thursday, November 5, with strict new rules for 56 million people.

In a bid to entice customers for one final session on the ale before the new restrictions, J D Wetherspoon pubs across the country are serving up 99p pints of beer in a desperate attempt to use up stock and earn some cash before the shutters come down.

The tactic seems to have worked in Leeds city centre, with a massive queue snaking along Park Row as people waited patiently to get their hands on a boozy bargain.

The picture above shows dozens of people waiting outside the Beckett’s Bank Wetherspoons at around 5.45pm on Wednesday, seemingly undeterred by having to queue right next to a noisy building site.