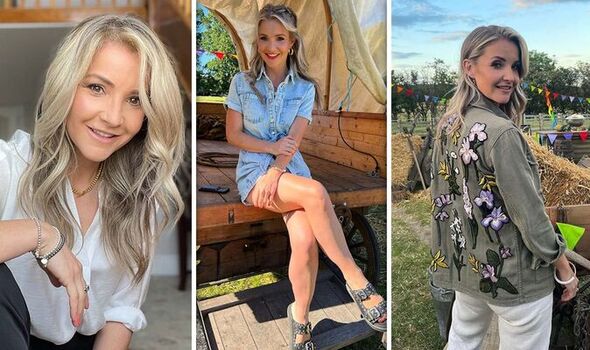 Helen Skelton says she ‘feels stupid’ over internet fraud disaster that cost her £70,000

She spoke out over online worries about her children and lost £70,000 herself through fake caller scam. TV star Helen Skelton has shared her fears for her kids’ online safety as she opened up to her followers on Instagram during a pair partnership with Lloyds Bank.

The presenter and actress admitted that she “feels stupid” sometimes when it comes to falling prey to online scammers. While taking candidly on her Instagram stories Helen addressed the risk of online fraud.

“The notion of him chatting to his mates online scares me a bit,” Helen told followers about her son. “I don’t know that world and we’ve all heard plenty of things that could go wrong.”

Helen went on: “I mean, come on – even as adults it is so easy to fall victim to a fraudster. I’ve done it – it has happened to me. It makes you feel really stupid. But it has happened to so many people who aren’t stupid.” She added: “It is so easily done because so much of our life is online.”

In the caption of the post, Helen wrote: “I personally know the pain of being defrauded, so it is incredibly important to me that my children are equipped to spot a scam, even in the seemingly harmless environment of a video game.”

Back in 2019, Helen infamously had £70,000 life savings wiped out through a fake caller scam, reports Birmingham Live. She revealed previously: “I cried buckets when I realised. That money was meant to be for my children’s future. I was thinking of my kids, and about how I would have to work even more and not see them to try to get it back.

“But it wasn’t just about money. I felt sick when I realised that I’d been speaking to the bloke robbing me. It felt like a total violation.”