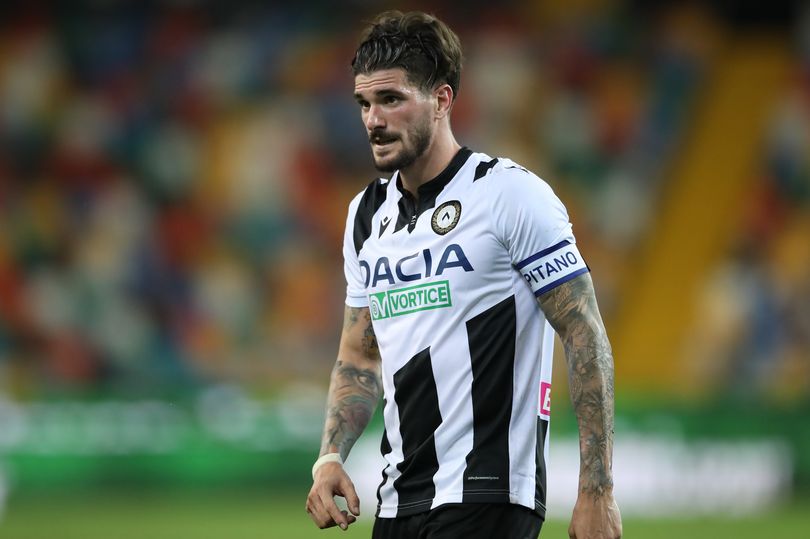 Transfer links to Udinese star Rodrigo De Paul have revealed the kind of profile that Leeds United are looking to add to Marcelo Bielsa’s squad in the Premier League.

Leeds begin life in the top flight again with a trip to face the champions, Liverpool, on Saturday, but the transfer window remains open for just under another month and if a touted £30m fee for De Paul is anything to go by, Victor Orta is still ambitious in the search for top-quality talent.

But there’s been little progress on that front since the links first emerged over a week ago, with suggestions that the 26-year-old Argentinian is holding out for a move to a club that can offer European football.

If Leeds do miss out on his services, they may look elsewhere for a dynamic and creative midfield presence to take the burden off Pablo Hernandez, 36 next season, in terms of creating goal-scoring opportunities.

Unlike his brother, who represents Spain, Rafinha instead opted to play for his father’s country, Brazil. He’s got great pedigree, having made 90 appearances for Barcelona and a season spent on loan with Inter Milan.

He featured regularly on loan at Celta Vigo last season, scoring four vital goals for the struggling club as they narrowly avoided the drop. He’d be a great signing for Leeds, but with the giant caveat of whether he can be kept fit, having suffered two serious ACL injuries.

Links between Leeds and Norwich’s Argentinian playmaker have gone cold of late, but it could be one worth revisiting if Leeds miss out on De Paul.

The 23-year-old playmaker only registered one goal for the ailing Canaries last term, but registered seven assists and created a big chance every 29 minutes on average – only Manchester City’s Kevin De Bruyne did so more frequently.

He also had a Hernandez-like influence in Norwich’s promotion-winning campaign two years ago, scoring eight goals and registering a further 12 assists as they went up as champions.

Mateusz Klich’s team-mate in Poland’s midfield would be an incredibly ambitious one, given his status as a near ever-present for Napoli in recent years.

With Napoli in disarray after failing to qualify for the Champions League amid tension between the senior playing staff and outspoken chairman Aurelio De Laurentiis, you never know.

The 26-year-old ranked highly in terms of passes into the final third in Europe’s top five leagues last season.

After Steven Gerrard revealed that Rangers turned down a bit for Ryan Kent last month, United’s interest has seemingly cooled as the De Paul links ratcheted up in the gossip columns.

The Liverpool academy graduate, who has long been on Bielsa’s radar with interest last summer, would offer a different kind of profile to the Udinese man, but would be a useful addition.

He’s versatile and would offer another option on the wings, while he also has the ability to operate in the number ten role. He’s also looking sharp at the moment, with three goals in his first six appearances of the 2020-21 Scottish Premiership season.