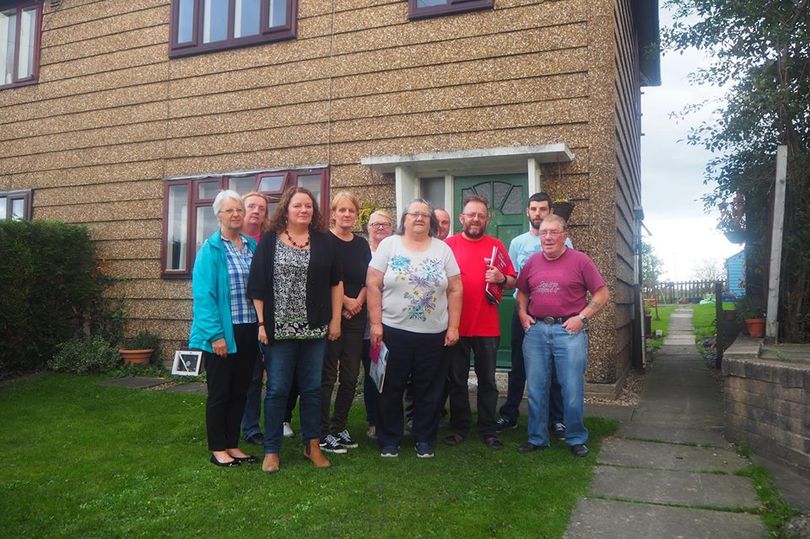 Residents from an estate near Leeds who have spent two years trying to save their homes are appealing for help to raise funds after an appeal was lodged by their ‘landlords’.

Families in Wandsworth Drive and Sugar Hill Close in Oulton celebrated victory in October 2019 when the plans by Pemberstone to demolish around 70 homes were rejected by Leeds City Council.

However, the housing company lodged a further appeal against the decision in April and a public inquiry will be taking place on September 29.

This means the families are having to fight for their homes again.

They fear they will be faced with the threat of being kicked out of homes all over again if the developer wins the appeal.

Cindy Readman, 55, who has lived on the estate for 15 years, and the other families are now appealing for help to raise money which will be used to pay for legal fees.

She said: “We’re all feeling pretty miserable but we had an idea they’d put an appeal in, they left it until the last minute.

“We’re having to seek legal advice and the cost of that is an awful lot of money and we’ve only just got a third of it.

“We don’t know how long they will give us or what will happen after the appeal.

“We’ve got elderly people who live on the estate, ex miners who still live here and families who’ve been here for more than 50 years so it’s not nice.

“They’re not thinking about us and right from the start, they have not thought about us.