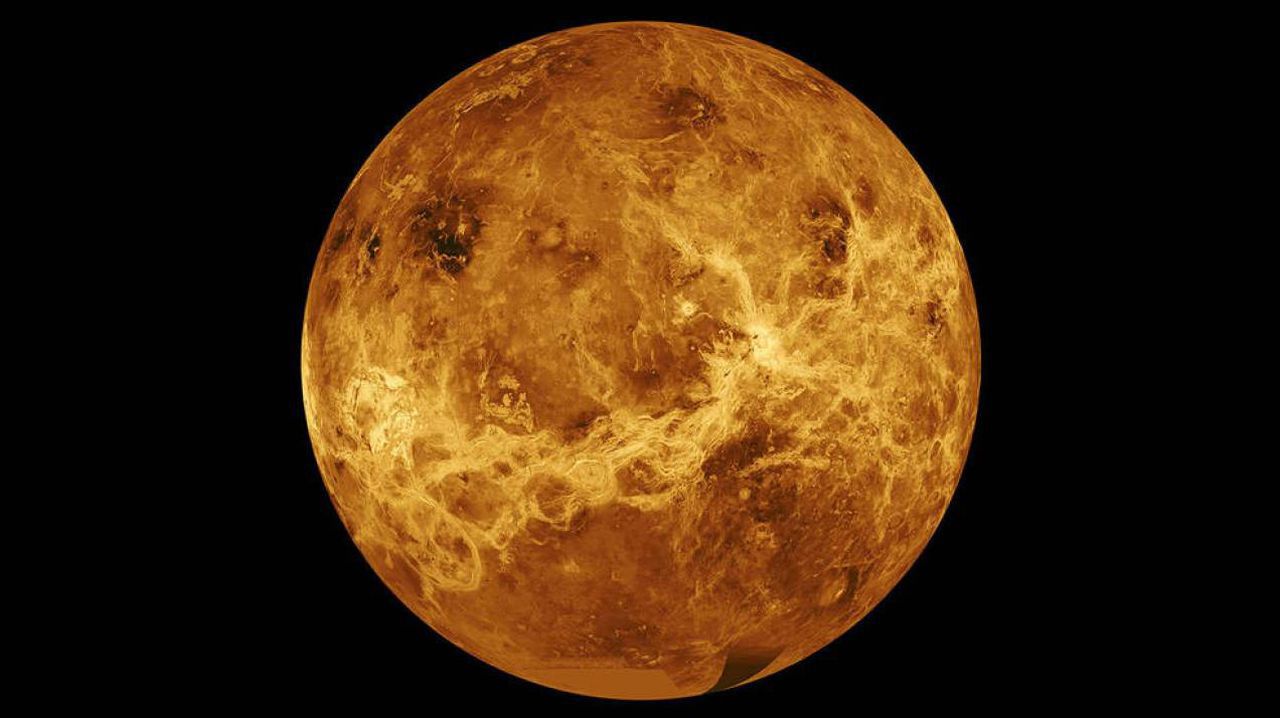 Scientists have discovered 37 volcanic structures on the planet Venus that must have been active recently – and may still be active today. “Geologically, Venus is not as dead as previously thought.”

Is there anything moving on Venus? Yes, say scientists in a new study. It paints a picture of a geologically dynamic planet, and not the sleeping planet for which it often passes. The study was published in Nature Geoscience, click here for more info.

Venus, seen from the sun, is the second planet in our solar system, after Mercury but before Earth and Mars. The planet – named after the Roman goddess of love – is about the same size, mass and composition as Earth. At times we can see them as a white pearl in space. There is said to have been volcanic activity, the investigations of which are still ongoing. And a new step has now been taken by the University of Maryland (USA) and the Institute of Geophysics in Zurich.

The researchers set their sights on the so-called “coronae”, annular structures caused by heated rocks that are pushed up from the depths.

“It is the first time that we have seen specific structures that we can say ‘look, this is not an old volcano but one that is still active today, which may now be asleep but is definitely not dead yet,’ said Laurent Montési from the university in Maryland and co-authored the study at the specialized website, phys.org. “This study fundamentally changes our view of Venus, from a mostly inactive planet to one where everything moves inside, which can feed active volcanoes.” (read on under the tweet)

Lots of activity in the Southern Hemisphere

Because Venus does not have the plate tectonic of the Earth – large plates that rub against each other and thus cause earthquakes, among other things – it has long been thought that she has been sleeping geologically for 500 million years. “Our study shows that that heat is trapped inside the planet, is able to reach the surface. So geologically, Venus is not as dead as previously thought,” said study lead author Anna Gülcher of the Institute of Geophysics in Zurich.

The researchers can deduce from studies of the coronae – large circles of lava flows, for example – that some may only have formed in a recent period. They made 3D simulations of thermomechanical processes below the surface, and also compared different parts of the surface coronae with other parts of the planet.