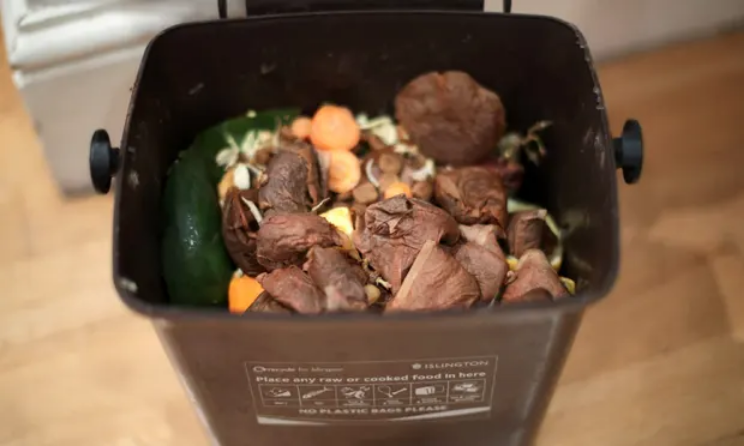 Consumers are being asked to rifle through their bins in order to weigh and record their daily food waste, in an ambitious trial that aims to reduce the 6.6m-tonne mountain of food thrown away by UK households every year.

The UK’s largest supermarket, Tesco, has linked up with the environmental charity Hubbub to run the six-week experiment in which families will receive advice on meal planning and food storage along with recipe tips for using up leftovers.

The results from 55 households will be used by Tesco and Hubbub to offer advice and practical steps to help cut food waste, which on top of its negative environmental impact typically costs a family of four about £60 a month. The UK has signed up to a global sustainable target of halving food waste by 2030.

The trial takes place at a time when the UK lockdown has led to a dramatic change in the nation’s shopping and cooking habits. New polling of about 2,000 adults for Tesco found that 67% now felt differently about food. Almost a third of respondents (29%) said the pandemic had made them value food more.

“Lockdown has driven the biggest change to the nation’s food habits in generations, and many of us have experienced shortages for the first time,” said Aoife Allen of Hubbub. “Cutting food waste has proved a stubborn challenge and we are a long way from the goal of halving food waste.”

Supermarkets have been criticised for wasting food in their supply chains that could be diverted to food banks. Tesco was the first to publicise its figures.

In 2018 Sainsbury’s abandoned a £10m scheme to halve food waste after a year-long trial in a Derbyshire town produced disappointing results.

The Waste Less, Save More experiment fell far short of its 50% target, with households thought to have cut waste by only 9% while telling Sainsbury’s the issue was not a priority for them.

However, lockdown has thrown up new challenges and in July the government’s waste advisory body, Wrap, said self-reported food waste was up by 30%, reversing progress made at the start of the pandemic as consumers threw away less food while confined to their homes.

In Tesco’s research, 35% of people said they reduced their food waste during lockdown and 75% said they had kept this up since restrictions were lifted. Nearly two-thirds (61%) were cooking with leftovers every week, while 32% were planning meals and almost a quarter (22%) were batch-cooking and freezing more.

Only 3% of those who cut food waste during lockdown said they did not plan to continue these new habits in future.