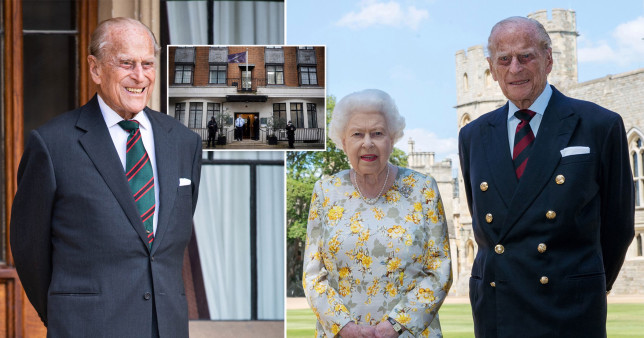 The Duke of Edinburgh has been admitted to hospital, Buckingham Palace confirmed on Wednesday.

Prince Philip’s move to a private London hospital on Tuesday night has been described as ‘a precautionary measure’ and he is said to be in ‘good spirits’.

Philip, 99, had a coronavirus jab in January and his illness is not Covid related. The admission comes after he was ‘feeling unwell’ yesterday, though reports say he was seen walking into the hospital unaided.

In a statement, the Palace explained on Wednesday afternoon:

‘His Royal Highness The Duke of Edinburgh was admitted to the King Edward VII Hospital in London, on Tuesday evening. The Duke’s admission is a precautionary measure, on the advice of His Royal Highness’s Doctor, after feeling unwell.