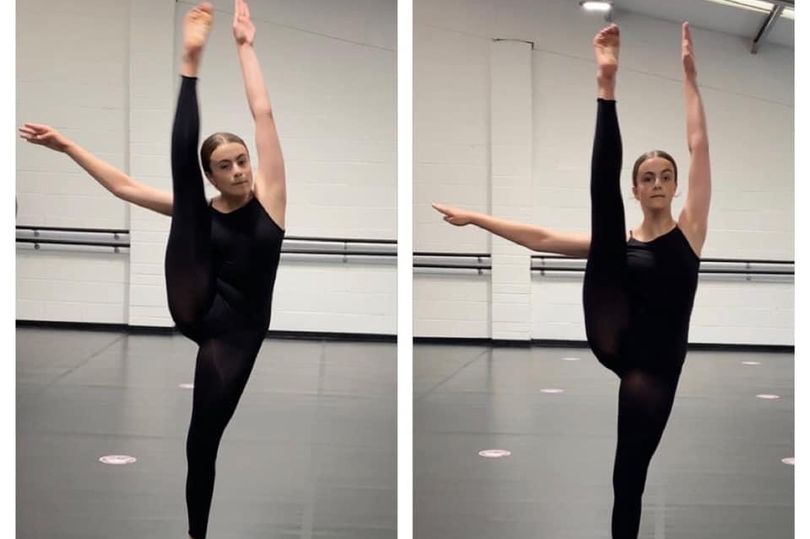 A Leeds mum is facing a race against time to raise £60,000 so her daughter can have life-altering surgery next month.

14-year-old Mia Wright, from Oulton, Leeds, urgently needs to have surgery as her scoliosis symptoms have recently worsened – with doctors telling the family they’ll need to operate by the end of next month if they are to fix the curve in her back.

A trained dancer who has performed onstage at the Wakefield Theatre Royal, Mia has managed to perform for years despite being diagnosed aged eight.

However, without Vertebral Body Tethering (VBT), she won’t be able to dance again.

VBT is a tested form of surgery that has not yet begun trials in the UK – leaving the family with no option but to raise the money needed to get the surgery from a trained specialist internationally.

Mia’s mum Jane told LeedsLive: “Mia’s been dancing since she was three, from about age six or seven we noticed something was wrong, and at eight she was diagnosed with Idiopathic scoliosis.

“Experiences of scoliosis can be different, and Mia is fortunate in that she doesn’t feel pain, and that it doesn’t limit her movement whatsoever.

“Over the years, she’s had a couple of different back braces, to try and hold the curve in place or at least slow down its growth while she’s growing. The danger zone for kids with scoliosis is the growth spurts that come with puberty.

“During lockdown, she grew out of the brace she had, and I noticed her back had noticeably worsened and her hips and waist were going out of line quicker than they had done previously. Sheffield Children’s Hospital got her an urgent appointment for an X-Ray, which showed that she now has a 50 degree curve, which is when surgical intervention is needed – as she has growth left to do, so it’s almost certainly going to get worse.”

With Mia’s condition changing by the day, surgery needs to be done within weeks – and the family are raising money for Mia to be operated by Professor Dr Alanay in Istanbul, one of the world’s leading spinal surgeons.