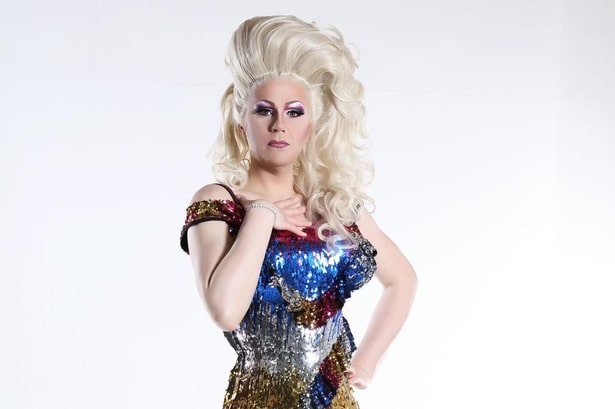 A Leeds drag artist and a dancer are set to appear on the UK’s first LGBTQ+ lockdown dating show.

Miss Orry, who has appeared in Absolutely Fabulous: The Movie, will entertain viewers during a houseparty for the second season of Lovedown.

The online show, hosted by The Voice star and former Emmerdale actress Kelsey-Beth Crossley, follows groups of men and women as they attempt to date, through video calls during the coronavirus lockdown and with social distancing rules in place.

This season will feature LGBTQ+ men and women who will date each other in order to matchmake with another contestant and win a date outside of lockdown.

The contestants for this season are Miss Orry who was a headline act at the former Bird Cage club, Mr Gay England 2020 finalist Kyle Elson – also known as The Bionic Hairdresser.

Jade Atkinson-Eve from Poulton-le-Fylde who appeared in Season One, Claire Swallow from Birmingham, Diana Cretu, Emily MaGee from Bradford, Kris Gazey – a dancer from Leeds, Bradley Ashton from Cardiff and Brad Thorpe, a club host who has appeared on MTV’s Love Squad.

The new season is due to air on Thursday 25 June from Lovedown’s YouTube channel to coincide with the end of the Pride month celebrations.

Host, Kelsey-Beth said: “Being single isn’t so bad when you have hobbies, a career and friends but one day when that’s all stripped from you and all you’re allowed to do is DIY, bake and exercise, it’s nice to have a partner to share the highs and lows with.