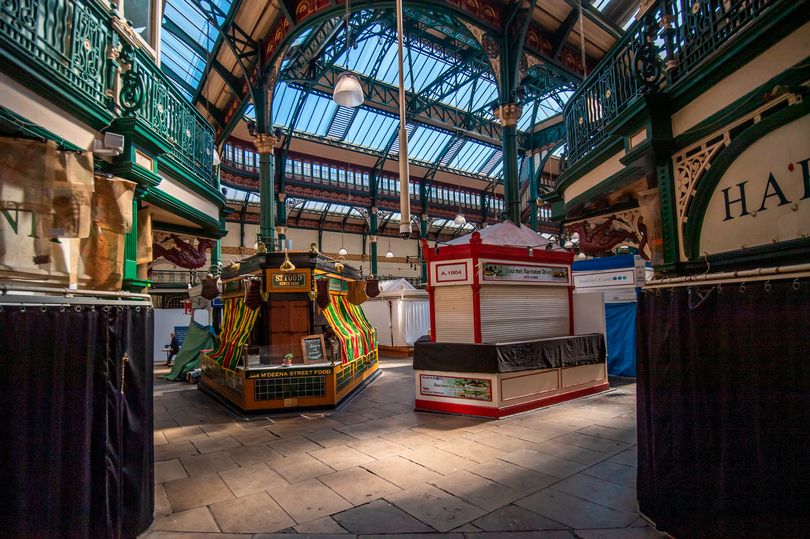 Indoor traders at Leeds’ Kirkgate Market have warned their businesses are at risk of collapse, after being told to fork out months’ worth of backdated rent when they were closed during lockdown.

Stallholders selling non-essential goods are furious that Leeds City Council has asked them to pay rates and a service charge for April, May and the first half of June, when many were unable to open.

Traders have been given until 2022 to cough up and have been offered discounted rent going forward until the early autumn. The council says it won’t take any “enforcement or debt recovery action” against anyone who can’t pay.

But several stallholders, who were forced to shut up shop during lockdown and only returned to work on June 15, say the bill will wipe a huge chunk out of the £10,000 government grant they each received to help them through the pandemic.

The rent demands, combined with declining footfall at the market, have led several to conclude they cannot continue.

One trader that has already decided to up sticks is Keeley Taylor, who runs a pet supplies store. She’s handed in her notice and is leaving on July 31.

She said: “I’ve been here with my husband independently for about 25 years but I’ve been on the market since I was three or four years old. My parents used to have a pushchair stall here in the 1970s.

“In the first six days we were back open, we took what we used to take in one morning in 2015.

“I appreciate retail has changed, of course it has.

“But we have to go because we’re really concerned that we’ve been billed full rent and service charge for the time we’ve been closed.

“We’re worried about a second lockdown because we think if they’ve charged us for the first time we were closed, they’ll do it again if there’s another spike.”