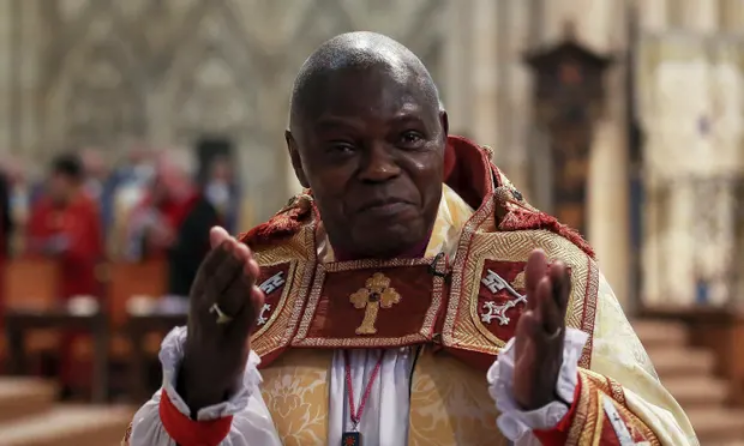 The government has been accused of “institutional prejudice” for failing to give an automatic peerage to John Sentamu, the former archbishop of York.

Sentamu’s successor, Stephen Cottrell, who was enthroned as the 98th archbishop of York on Sunday, tweeted that he was “disturbed to find out today whether it be through negligence or intent my predecessor @Sentamu has not been given the peerage that has been the custom for many years. I trust this will soon be rectified.”

David Lammy, the shadow justice minister, said on Twitter: “No 10 broke a precedent and snubbed Britain’s first black archbishop for a peerage because it says the House of Lords is too large, but it made room for Ian Botham, Claire Fox and Theresa May’s husband. Blatant institutional prejudice.”

David Davis, the former Conservative cabinet minister, tweeted: “Number 10 has made a mistake in not ennobling John Sentamu. He was a great archbishop. It cannot claim it needs to limit the size of the Lords whilst elevating Boris’s brother. It should be put right immediately.”

Sentamu, 71, retired as archbishop of York on 7 June. He was told later that month that he was in line for a peerage, but in July he was informed that his name would not be included in Boris Johnson’s honours list.

Among those who were given peerages were Jo Johnson, the prime minister’s brother; Claire Fox, the former Brexit party MEP; and Charles Moore, the former editor of the Daily Telegraph. None of the 36 people ennobled were from the black community. According to Operation Black Vote, only 12 of the 794 peers sitting in the Lords are of black heritage.

Simon Woolley, the founder of Operation Black Vote, told the Sunday Times: “John Sentamu is a hero and a role model not just to black Britain but to Great Britain. The fact that he has not been afforded a peerage is nothing short of scandalous. Given the deluge of peerages to friends and family, of which not one was black, I sincerely hope this is an oversight that will be rapidly corrected.”

Sentamu’s predecessor David Hope and the former archbishops of Canterbury Rowan Williams and George Carey were made life peers when they stepped down.

As an archbishop, Sentamu was one of 26 lords spiritual – places reserved in the upper chamber of parliament for Church of England bishops. Andrew Adonis, the Labour peer, tweeted: “He [Sentamu] was one of its most distinguished members and one of its few black members.”

According to a government spokesperson, Sentamu was left off the list to keep numbers in the House of Lords down. He is likely to be included in the next list of peerages, according to a source.

Cottrell was enthroned as archbishop in a service at York Minster on Sunday. He told the congregation that his job was to “lead the church in the very particular challenges of our own day where our world cries out for ways of inhabiting life which draws us together rather than tear us apart”.

Among the “horrors that surround us” were the Covid pandemic, the “dangerous scourges of racism” and the environmental challenge, “where we are at risk of separating ourselves from the planet itself”.

He said he was determined to lead change to make the C of E a “safe place”, following the recent damning report of the independent inquiry into child sexual abuse. The C of E should let go “of so much of our pomposity, privilege, position and power” to become a “simpler, humbler church,” he said.