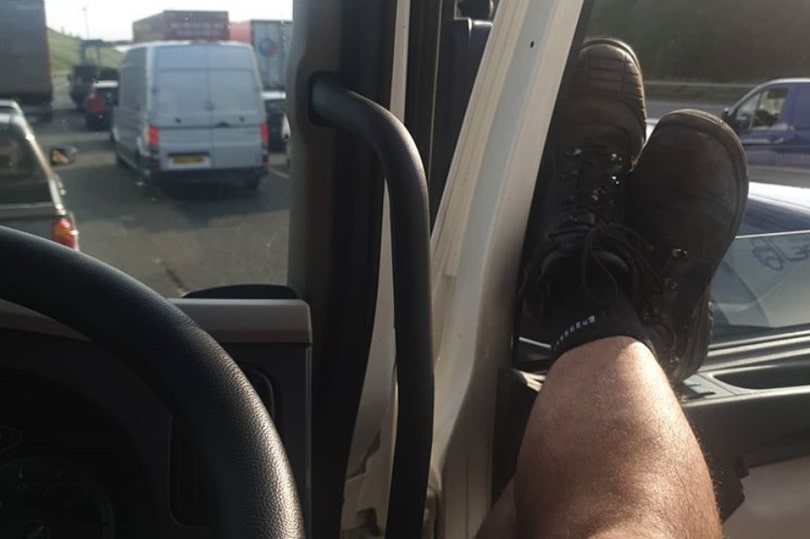 Hundreds of drivers have been left stranded in their cars and lorries, as the M62 comes to a standstill following reports of a woman on the bridge.

Greater Manchester Police later confirmed they were called to reports of a woman on the bridge over the motorway at around 7.20am.

There is currently around 10 miles of traffic at a standstill on the motorway, as hundreds of motorists find themselves trapped in the two mile stretch of road, which has since reopened.

North West Motorway Police have confirmed that the woman on the bridge has since been taken to hospital for “further care and support”.

Congestion still remains in the area and one person had taken to Twitter to say that they had not moved in over an hour.

The current temperature around Saddleworth is 19°C which means that the temperature inside many vehicles after an hour of standing in the heat will be close to 43°C.