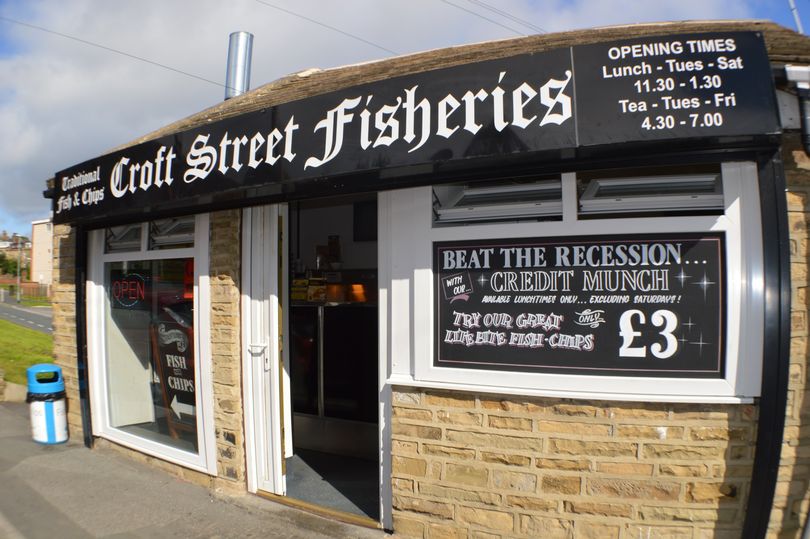 English words that have a different meaning in Yorkshire

Cast your mind back to your school days, specifically French lessons.

Can you remember your teacher talking about ‘false friends’?

Not the people who pretended to be your mate before disrespecting you behind your back. I’m talking about foreign words which don’t translate as you’d expect.

Yorkshire too has its own dialect – some might say language – with words that do not translate into Queen’s English as non-Tykes might expect.

With the help of Yorkshire Slang on Twitter, we’ve compiled a selection of Yorkshire dialect words that could cause confusion and even embarrassment.

In most of the English speaking world, it refers to something you put on your fishing hook to lure your catch. In Yorkshire, particularly South Yorkshire, it’s an informal word for food.

A buffet to most means a selection of foods for self-service. In Yorkshire, if you pronounce the ‘t’, it means a stool.

Not someone who has won a sporting competition but an adjective meaning ‘great’.

“Is thy parkin any good?”

This isn’t an exclusively Yorkshire thing but it confuses the proverbial out of southerners. Dinner is your lunch in Yorkshire.

Why? Because mill workers in the old industrial North took ‘dinner’ i.e. their main meal, at lunchtime. You needed all those calories in those physical trades. In the South, people took their main meal in the evening.

As in ‘did not’. Not the damage to your car from a minor collision.

In West Yorkshire, this doesn’t mean a place where fish are bred but a fish and chip shop.

Not the legendary Manchester United midfielder and Welsh national coach but what you wear on the bridge of your nose if you’re shortsighted or longsighted. Spectacles.

This isn’t an angry dog. It’s not even a jug for storing beer. In certain parts of the White Rose County it means a pork pie. The term is thought to be of military origin.

Appen I’ll get misen one of them.

Also known as ‘bits’ in West Yorkshire, these are bits of loose fried batter. Elsewhere, it means leftovers that you give to your dog. Here we like scraps on our chips.

This means to break suddenly. In Yorkshire it also means food.

Not cumin, turmeric or the plant extracts you use to flavour your food but sweets in some parts of Yorkshire. Also known as ‘spogs’ in Huddersfield.

It’s doesn’t mean the synthetic cannabis that sends users loopy either. Ask your dealer for spice in Yorkshire and you may end up with a bag of dolly mixtures. Alternatively, and much more sensibly, don’t do drugs.

Normally, this means something has stopped unexpectedly, like an engine or a project stalling. In Yorkshire, it can mean you’re getting fed up or running out of patience.

Yes, it also means a drink made from steeped tea leaves. But in Yorkshire and the North it means an evening meal. Ask for ‘tea’ in a London cafe and you’ll be left refreshed but still hungry.

In parts of Yorkshire and (gasp) some parts of Lancashire, this type of breadcake has no currants. Elsewhere, ask for a ham sandwich in a teacake and they’ll think your tongue is broken.

Ask for a teacake with your hot drink in Leeds and you’re likely to be disappointed when a savoury breadcake arrives with your pot.