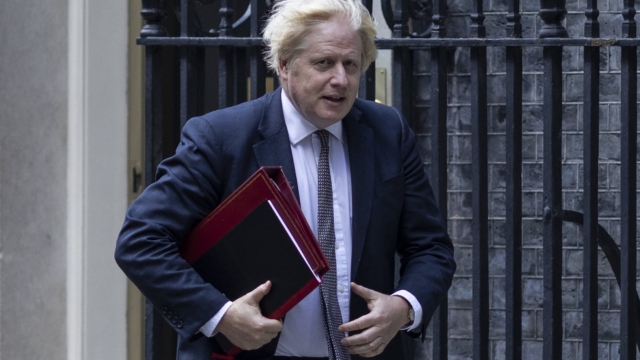 Nicola Sturgeon has not ruled out fresh measures in Scotland after a surge in covid cases there. Boris Johnson is receiving daily updates on rising cases of coronavirus in the UK but is not poised to impose fresh restrictions when schools return in the autumn, sources said.

Nicola Sturgeon said she could not rule out reimposing measures in Scotland after a sharp uptick in infections in the past week.

The number of cases in Scotland soared to 4,323 in the 24 hours to Tuesday, the highest daily figure since the beginning of the pandemic and nearly three times the number a week earlier.

In England, cases are also continuing to rise but at a slower pace than elsewhere in the UK – there were 23,474 new cases reported, a rise of just 762 on the previous Tuesday.

Scotland’s First Minister said she “cannot completely rule out having to reimpose some restrictions” to regain control of the pandemic if the number of people being infected continued to rise.

In England, scientists on Sage and Nervtag, the government’s emergency virus committee, have raised concerns that the third wave of coronavirus, after subsiding towards the end of July, has begun to rise again and is too high ahead of the start of the new school term next week, when mixing of secondary school pupils without the bubbles system is predicted to contribute to the surge.

A Whitehall source said the Prime Minister was watching the rate of cases across the UK every day but there were no plans to impose fresh lockdown restrictions to bring the number down.

Cases in Scotland began to surge last Thursday, three days after the start of the new school term.

However this time-frame would be too narrow to have a major impact on rates, and Scotland’s chief medical officer said the rise was more likely to be linked to the lifting of restrictions on 9 August rather than the return of pupils.

Hospital admissions are continuing to rise across the UK, but at a lower rate than cases.

There were 174 new UK deaths reported yesterday, the highest daily figure since early March. This figure will be linked to the spike in infections in mid-July following the Euro 2020 tournament.

Scotland’s chief medical officer Dr Gregor Smith said: “We appear to be in a catch-up phase just now with the rest of the UK, and I think timing is everything here, particularly in relation to when people take their holidays, when schools are either in place or out of place, and when the restrictions were eased in each of these respective nations, which is absolutely crucial.

“At this moment in time what appears to be happening is we are in that catch up phase, particularly with England. You’ll remember that they released a lot of the measures that they had in place a good bit earlier than us, and saw quite a rapid rise in cases at that point in time which has since begun to slow down.”