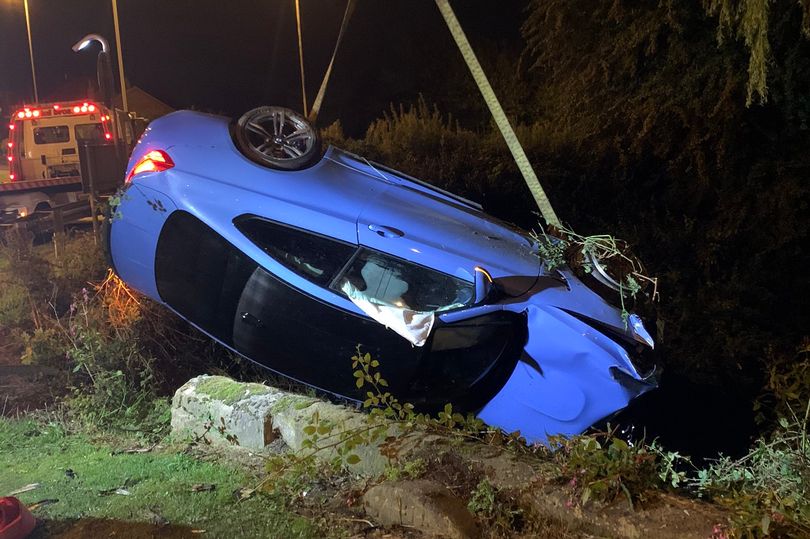 A BMW driver who was late for work put their foot down in a bid to make it on time – and ended up completely flipping their car in a horrific crash.

The crash happened on the A63 Selby Road in Garforth. The BMW driver was approaching the roundabout at the junction with Wakefield Road and was travelling from Leeds when they lost control of the car.

They then careered through a metal barrier and continued into the middle of the roundabout, causing significant damage as the three-door coupe ended up on its roof.

Miraculously, the driver escaped with no injuries, but traffic cops who arrived at the scene tweeted to say the motorist now “awaits court” for a speeding offence.

“The driver was late for work and as a result of excess speed, lost control,” said a tweet from the force’s Roads Policing Unit.