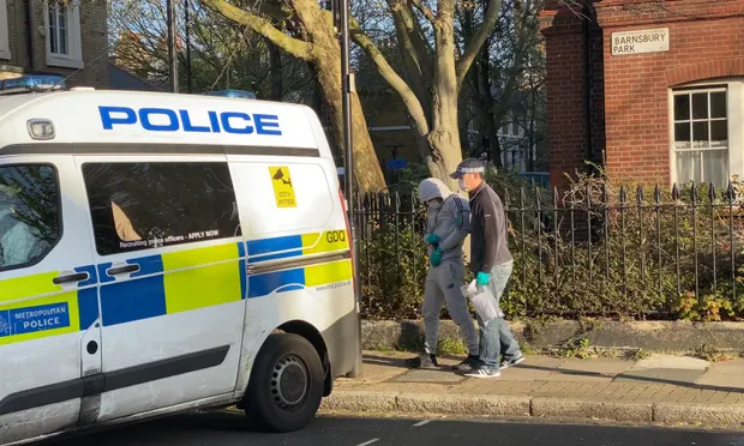 Instances of police officers deploying force on members of the public were higher at the peak of lockdown than in the previous three months despite crime rates falling significantly, it can be revealed.

Analysis by Liberty Investigates and the Guardian of figures obtained through Freedom of Information laws from 32 police forces in England and Wales shows there were almost 20,000 more recorded cases of uses of force by officers, an increase of 12.5%. From April to June there were 163,749 instances, compared with 145,543 from January to March.

Significant increases in the use of force were recorded by 21 constabularies, with the largest percentage rise in West Yorkshire, where use of force – which can include handcuffing, restraint, baton and Taser – rose by 48.9%. The largest absolute rise in incidents, 59,692, was registered by the Metropolitan police, an increase in the use of force of 19% on the previous three months.

Home Office data on police recorded crime published on Wednesday shows a 15% fall from March to June, though the Office for National Statistics noted that recorded drug offences rose sharply.

The National Police Chiefs’ Council (NPCC) said the rise was due to greater proactive policing against known criminals. However, campaigners claim some police forces used the pandemic as an opportunity “to selectively reassert an aggressive, command-and-control style of policing”.

On 4 May, Kai Cummins, a 20-year-old student who is black, was pepper-sprayed, hospital records show, and allegedly placed in a ground restraint, handcuffed and held in an armlock after police mistakenly identified him as the driver of a stolen car that had crashed in Purley, south London.

“Immediately they started launching accusations of ‘Were you in that car?’” Cummins said. He said he turned to walk away and a female officer grabbed him by the jacket. He shrugged her off but was then pepper-sprayed, tackled to the ground and pinned.

The stolen Range Rover had been reduced to wreckage, and police considered Cummins a suspect despite him being visibly unharmed. “They handcuffed me so tightly my wrists were swollen, bruised and marked for at least a month or so after,” he said. “The position … was so high up my back, I’m still having shoulder pain.”

Cummins’s custody report, which claims the only force used against him was handcuffs, shows he was released after another 13 hours at a station because police obtained CCTV evidence that showed he was not the driver of the car.

“One man was located at the scene and arrested on suspicion of taking and driving away and burglary,” the Met said. “After being taken to hospital, he was taken into custody and was later released with no further action.”

Cummins is taking legal action against the Met and has made a formal complaint, which is being investigated by the Met’s directorate of professional standards. “In light of this, it would be inappropriate to comment further,” the force said.

A spokesperson added: “The majority of use of force cases – just over 50% – involve handcuffing alone. We do recognise that the use of handcuffs pre-arrest is of particular concern to London’s communities and we are in the process of reviewing our policy in relation to this.

“During lockdown, we took the opportunity to increase our proactive policing activity, bearing down on London’s most violent offenders, prolific knife carriers and those who target vulnerable young people. This in turn led to an increase in arrests and an increase in stop and search. Use of force therefore increased in line with increased police activity.”

On a residential estate in Fallowfield, Manchester, a youth worker was threatened with pepper spray by an officer after delivering food to vulnerable family members on 11 April.

Further footage has emerged appearing to show the officer pushing members of the public and using pepper spray, seemingly getting some in his own face too. He was placed on restricted duties but has since returned to patrols. Internal disciplinary proceedings are ongoing and Greater Manchester police said it would be inappropriate to comment further.

“I’m in therapy because of it,” a woman who was pushed said. “Every time I see a police officer I do get worried … It’s not just about being physically hurt, it’s about being accused of something you’ve not done.

“We’re not safe with a lot of police officers as black people. It can be anything, you see it happening all the time … They’ve got the power over us, we haven’t got any.”

Dr Michael Shiner, a policing expert from the London School of Economics, said: “The impact of Covid-19 has prompted lots of talk of a ‘new normal’, but the rise in police use of force follows a familiar pattern, bearing down heavily on communities that are already overpoliced.

“The pandemic presented a unique opportunity for police to engage in genuine public service, but some forces seem to be using it as an opportunity to selectively reassert an aggressive, command-and-control style of policing. This will do nothing to engender trust and confidence.”

An NPCC spokesman said: “As many crime types went down during lockdown, it gave police breathing space to carry out proactive operations against known criminals. As police spent less time responding to new crimes, they could engage in apprehending offenders. Operations arising from proactive work would have undoubtedly seen force used, such as handcuffing and restraint tactics.”