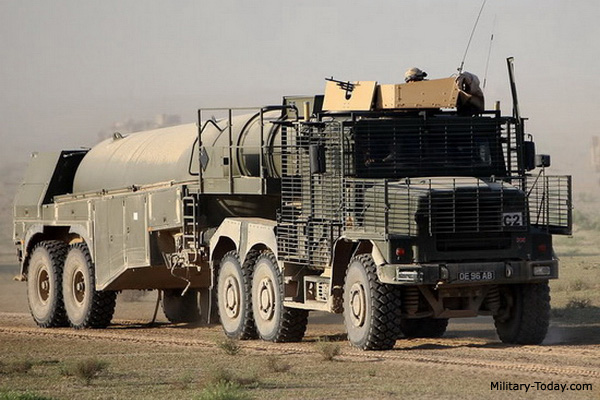 Britain put the army on standby on Monday to help with the ongoing fuel crisis. There is a shortage of petrol and diesel at petrol stations because there are not enough truck drivers to supply them. The problems are compounded by British people who drive to pumps en masse to stock up, for fear of running out of fuel.

“A limited number of drivers of military tankers should be put on alert and, if necessary, deployed to further stabilise the fuel supply chain,” the Ministry of Economic Affairs announced in a statement on Monday evening.

The military will receive specialized training before they are deployed if the crisis does not abate in the coming days. “While the fuel industry expects demand to return to normal levels in the next few days, it is right that we take this sensitive precaution,” said Kwasi Kwengeng.

If necessary, the deployment of military personnel will provide the supply chain with additional capacity as a temporary measure to alleviate the pressure caused by peaks in local demand for fuel.

Last weekend, British Prime Minister Boris Johnson announced that he would issue thousands of temporary work visas to foreign truck drivers in order to reduce the driver shortage. He made a drastic change in the strict immigration policy after Brexit.

Oil companies, including Shell, BP and Esso, said that “there was enough fuel at British refineries.” They expect demand to return to normal levels within a few days, which will reduce the pressure on the petrol stations.