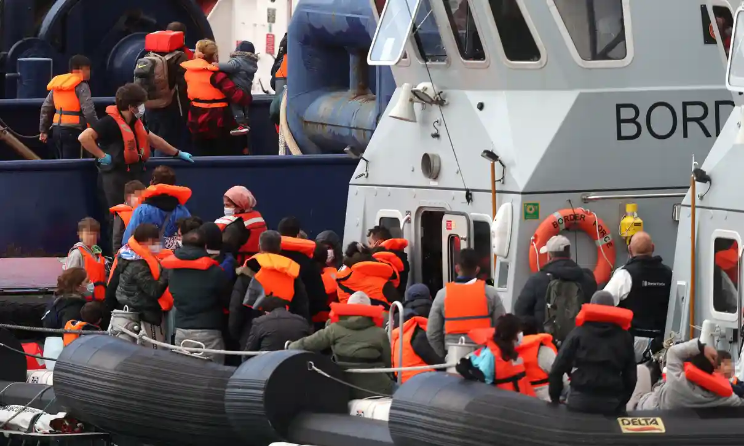 The government has been accused of “lacking in compassion and competence” after ministers said people fleeing war and poverty in their homelands would not be offered safe and lawful routes to the UK from mainland Europe.

As anti-racism campaigners prepare to demonstrate against far-right groups that have threatened to “take Dover by force”, a succession of Conservative MPs lined up in the Commons on Wednesday to accuse those seeking refuge in the UK of “asylum shopping” and “queue jumping”.

They described the people risking their lives in the Channel as “illegal migrants” and the lawyers seeking to ensure the government respects the law as activists wasting taxpayers’ money.

The immigration minister, Chris Philp, said: “Safe routes from Europe I don’t think are the answer to this problem because, by definition, people in Europe are already in a safe country and transporting people from one safe country in Europe to the United Kingdom does nothing to add to their protection.”

But he ignored repeated requests from MPs to acknowledge that there was no legal requirement for people to claim asylum in the first country they reach and that there were legitimate reasons, such as family ties, to try to reach the UK.

Moreover, Boris Johnson hinted during prime minister’s questions that the government was planning to make it easier to deport people once the UK’s adherence to the Dublin regulations ends with the expiration of the Brexit transition period.

“I have a great deal of sympathy with those who are so desperate as to put their children in dinghies or even children’s paddling pools and try to cross the Channel,” he said shortly before an urgent question on small boat crossings from the shadow home secretary, Nick Thomas-Symonds.

“But I have to say what they’re doing is falling prey to criminal gangs and they are breaking the law. They’re also undermining the legitimate claims of others who would seek asylum in this country.

“That is why we will take advantage of leaving the EU by changing the Dublin regulations on returns and we will address the rigidities in our laws that make this country, I’m afraid, a target and a magnet for those who would exploit vulnerable people in this way.”

Opposition MPs criticised the government’s approach. Thomas-Symonds said: “The approach being pursued by the Conservatives is lacking in compassion and competence, concentrating on trying to sound tough rather than find a solution and save lives. They have already been forced to take down an official video that was dehumanising and misled the public, and have broken promises to help children from some of the most dangerous places on earth find safety. All the while, criminal gangs continue to profit from this incompetence and human misery.”

The Scottish National party’s immigration spokesman, Stuart McDonald, said: “Five years on from the day the world was shocked by little Alan Kurdi’s death, perhaps the minister could just agree that the response to the Channel crossings should be informed by empathy and evidence and not driven by [Nigel] Farage and fiction.”

Far-right anger has recently coalesced around the arrivals of asylum seekers on boats, as well as a temporary plan to house them in hotels, which the government has said was a reaction to the pandemic.

While the number of people who have crossed the strait of Dover has more than doubled in a year to at least 5,000, the total number of asylum claims received between April and June nearly halved when compared with the first three months of 2020.

Nevertheless, Wednesday’s Commons debate was held amid heightened tensions, coming shortly after it was reported that some far-right activists have been assaulting asylum seekers and hurling racist abuse at them as they arrived on the UK’s shores.

Philp told MPs he condemned such groups “wholeheartedly and unreservedly”. He said: “There is no excuse at all, under any circumstances, for harassing people who have arrived – whatever someone’s views may be about the immigration system – there is no excuse, no justification.”

The planned anti-racism protest organised by Kent Anti-Racism Network and supported by Kent Refugee Help is due to take place in Dover.

The demonstration is described as being in “solidarity with those fleeing war, poverty and persecution”, with the event’s organisers saying people will be encouraged to write messages of support on “giant postcards with images of the iconic white cliffs for all the world to see”. Physical distancing will be encouraged and personal protective equipment will be available for those who need it, they said.

Joseph Burman, a local Labour councillor and organiser with the Kent Anti-Racism Network, said: “We encourage all good people in the local community to come down and stand with us in support of those arriving on our shores, in the way that Kent did so proudly when welcoming refugees after the second world war.”

Kent police said they were aware of the planned demonstrations.