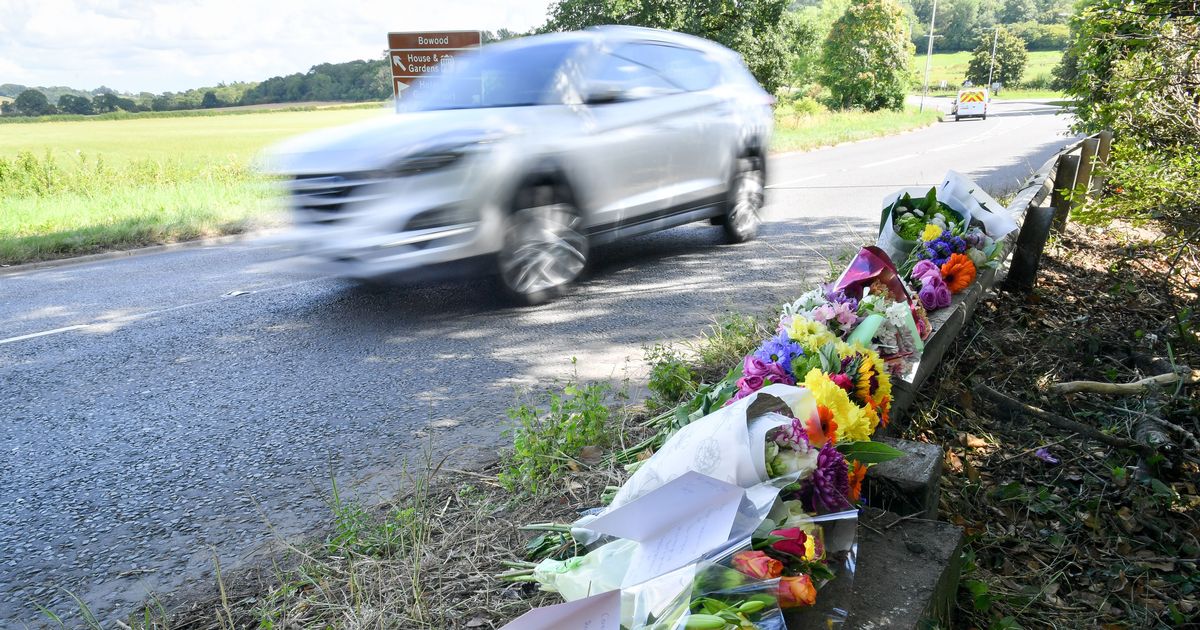 Floral tributes have been left to four young men who died after their car crashed into a house and caught fire.

The incident happened at 3am on Sunday on the A4 in Derry Hill, near Calne, Wiltshire. Police said the occupants of the house immediately called 999 and were evacuated while the fire service extinguished the blaze.

Nobody inside the house was injured but the four occupants of the vehicle – all young men from the local area – died at the scene.

Tributes have also been paid to the four men on social media.

Robert Merrick, a Calne town councillor, said: “The tragic news that we have lost four young men from Calne at the start of their lives in a tragic car accident is devastating.

“My thoughts are with the families and friends at the time and I offer you any support you may need. The community of Calne will come together once again to help you and your families at this time. I am so deeply, deeply sorry.”

A fellow councillor, Sam Pearce-Kearney, said: “My thoughts are with the families and friends of the four young males who tragically died after their car crashed into the side of a house in Derry Hill.”

Wiltshire police said the investigation into what caused the fatal collision was continuing. Insp James Brain said the tragedy had had a huge impact on the town.

“Firstly, I want to offer my sincere and heartfelt condolences to the family and friends of the four people who so sadly died,” he said. “I know that I speak on behalf of not just everyone at Wiltshire police, but also the community of Calne, when I say that our thoughts are with them at such a difficult and tragic time.

“Calne is a small, tight-knit community and I know that this tragedy will have had a huge impact on those living in the town, particularly those who knew the four individuals who lost their lives.”

Brain said officers and staff from the local community policing team would be carrying out extra patrols across the town over the coming week, to provide an additional presence and offer support.

He added: “The investigation into the cause of the collision is still ongoing and I would urge people not to speculate, but to allow the police to carry out the necessary inquiries. At the moment, the town’s focus should be on coming together to support those who have lost loved ones.”

The A4 and the A342 reopened on Sunday night after being closed for investigative work. Police have appealed for anyone with information about the collision to get in touch.