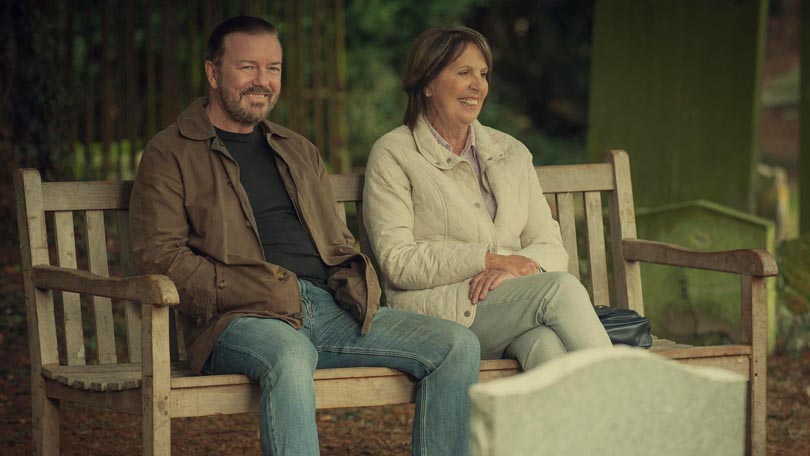 Thirty benches have been set up that are similar to the bench from the popular Netflix series After Life. The couch is meant to be used, as in the series, to record and talk to each other about mental problems or suicidal thoughts.

After Life tells The Story of Tony (Ricky Gervais), a man who lost his wife to cancer. He is therefore gloomy and struggles with suicidal thoughts. On a bench near his wife’s grave, he regularly speaks with widow Anne, whose husband lies next to Tony’s deceased wife. The bench symbolizes the frank conversations the two have.

The benches, with the often used phrase from the series ‘hope is everything’, are in Glasgow, London, Nottingham, Manchester, Birmingham and Cardiff, among others. The idea is a collaboration between Netflix and CALM (Campaign Against Living Miserably). This organization offers help to anyone who is struggling or in crisis.